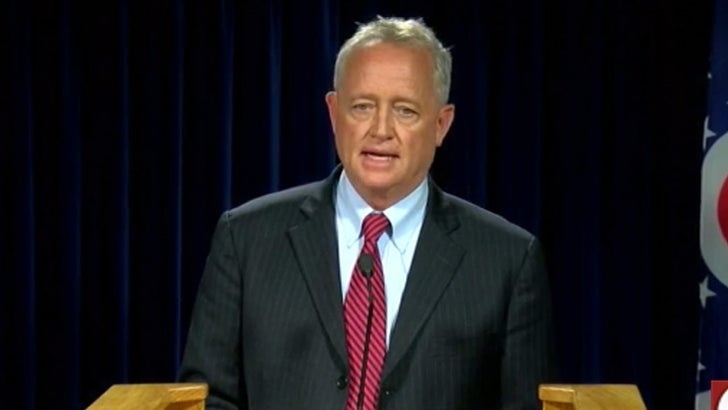 The mother of the little boy who got into Harambe the gorilla's enclosure will NOT face criminal charges.

Hamilton County prosecutor, Joe Deters, announced Monday morning that Michelle Gregg was not negligent when her 3-year-old boy strayed at the Cincinnati Zoo. He pointed out she had 3 other children with her and based on surveillance cameras and witnesses ... she was attentive.

Deters said quite simply "kids can scamper off and they do." He added, if Gregg had been "in the bathroom smoking crack that would have been a different story, but that's not what happened."

After zoo officials killed Harambe to save the boy ... many blamed Gregg and clamored for her to face criminal charges, but Deters said, "There's nothing that the mother could have done."

He also supported the zoo's "painful choice," saying Harambe was a beautiful animal ... "but it's still an animal. It does not equate to human life."

Thanks to WCPO for the footage. 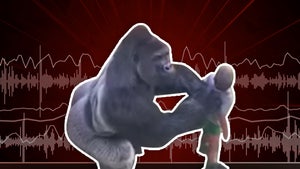 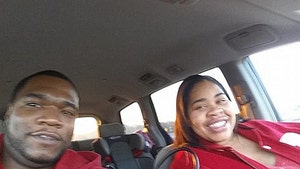