Amber Heard claims money is NOT the driving force behind her bid to get a restraining order against Johnny Depp, but sources connected with Johnny say she's full of it, pointing to a letter her own lawyer filed with the court ... Amber, however, says the letter isn't a money grab.

Amber's lawyer sent a letter﻿ to Jake Bloom, Johnny's entertainment lawyer, on May 24, 2016 ... just 3 days after the alleged iPhone attack, and 3 days before Amber made her explosive domestic violence claims.

In the letter Amber's lawyer tells Bloom, "Amber wishes to work quickly towards a private and amicable resolution of all matters, but she will need Johnny's immediate cooperation to do so." Amber's attorney also claims she wants to "work out solutions outside of the public eye."

Amber's lawyer then make a series of financial demands ... temporary spousal support, use of their Range Rover, possession of their downtown L.A. penthouse, $100,000 for her lawyer's fees and another $25,000 for business people.

Sources connected to Johnny note Amber never asked Johnny to voluntarily agree to stay away from her -- they say it's all about money ... either pay up, or we'll go to court, ask for a restraining order, and drag Johnny through the mud with all the allegations.

Johnny didn't pay and Amber filed the explosive documents on May 27th.

Sources connected with Amber tell TMZ, the letter asks for the standard fare in divorce cases and it's merely to sustain her. The sources deny the letter is an ultimatum to wedge money out of Johnny.

As we reported, Johnny's people made a financial counteroffer to Amber, but she has not responded. 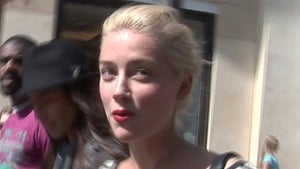 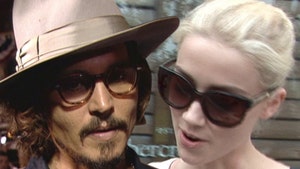