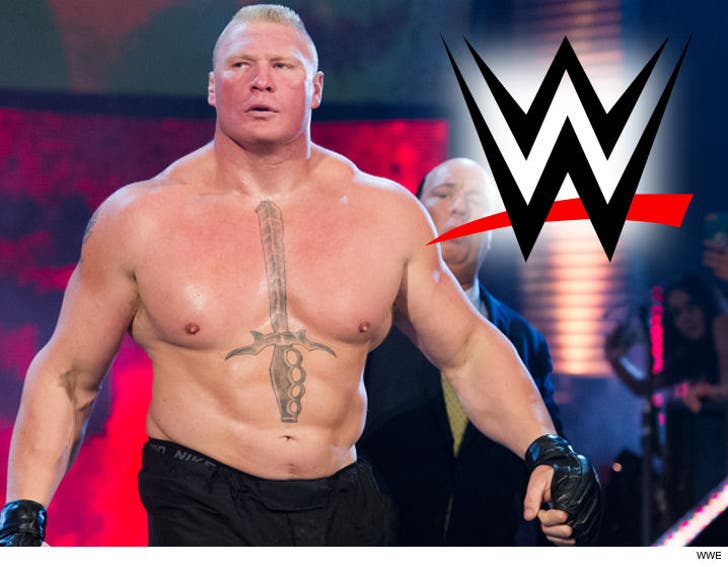 Brock Lesnar will NOT be disciplined by the WWE for his UFC 200 drug test failures ... and WILL perform at SummerSlam as planned ... TMZ Sports has learned.

A WWE spokesperson tells us ... only full-time WWE performers are subject to the organization's wellness policy, which prohibits PEDs ... but since Brock isn't a full-time performer, he's essentially exempt.

"WWE’s talent wellness program does not apply to part-time performers such as Brock Lesnar," the spokesperson said.

One well-connected source broke down the situation like this -- WWE is show business, not a regulated athletic competition ... and the wellness program is only designed to keep the "full-time" performers healthy.

Bottom line -- Brock will be in the squared circle on August 21st ... no matter what happens to him in the UFC. 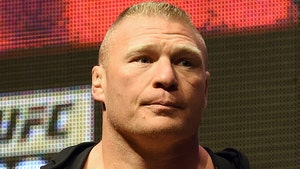 Brock Lesnar -- Will Only Face Discipline for 1 Failed Test ... Despite 2 Dirty Samples 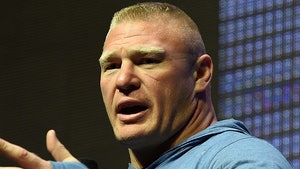