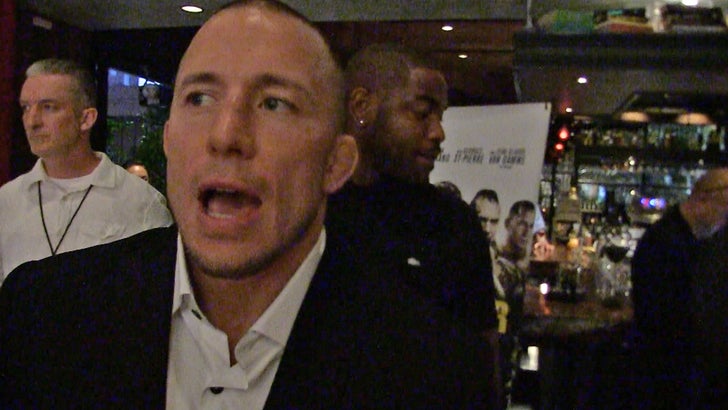 UFC legend Georges St-Pierre tells TMZ Sports he's training as if he WILL fight at UFC 206 in December ... and says Dana White needs to call his agent and book a match already!

GSP was at the "Kickboxer: Vengeance" premiere in Westwood Wednesday night -- and made it clear, he wants to return to the Octagon in a bad way.

GSP says he'll fight ANYONE -- from Tyron Woodley to Nick Diaz -- "If it's something people wanna see, no problem. I'll do it."

The 35-year-old says he's so laser-focused on fighting, he's turned down other opportunities outside the Octagon to train. He's even been sparring.

Check out the clip ... GSP says his agent is standing by ... literally. 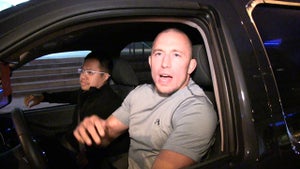 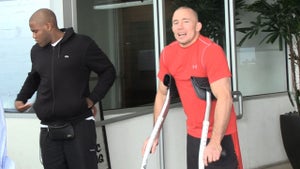