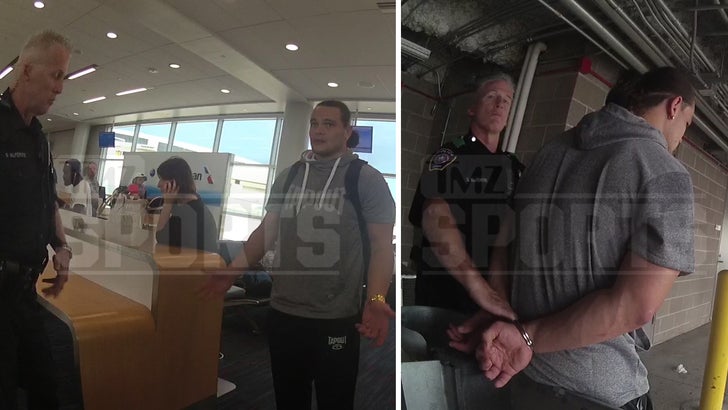 TMZ Sports has obtained footage of WWE superstar Bo Dallas being arrested at an airport in Texas ... moments after he was booted from his flight to Mexico for drunkenly yelling at the flight crew.

In the video, taken on August 26th, you see Bo can barely stand up straight and is slurring his words when approached by security at Dallas Fort Worth airport.

According to the police report, first obtained by ProWrestlingSheet.com, Bo told the cops he had been drinking earlier in the day -- and when asked how much he replied, "I'm not really planning on driving tonight."

Bo was arrested for public intoxication -- but cops noted he was extremely cooperative.

Bo told cops he was a wrestler for WWE -- and officers noted he's a "strong boy."

Make sure to check out the end of the clip when the cops search his backpack and find an item they believe to be nunchucks ... but it's really a jump rope.

No word if Bo ever got to Mexico. 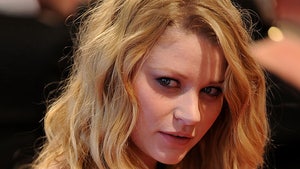