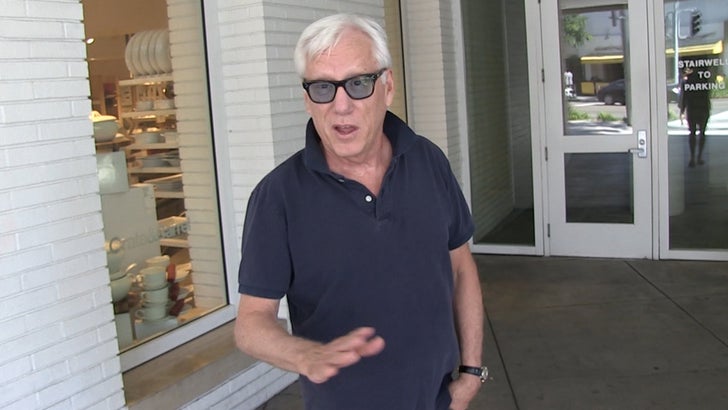 James Woods says Colin Kaepernick is a "dirtbag" -- and he's so pissed at the NFL for not punishing the QB over his national anthem protest he's boycotting the league ... FOR LIFE!!

Woods unloaded about the situation to our photog -- "I will never watch the NFL again, ever."

So, why the hostility?

Woods is downright offended by Kaepernick's refusal to stand for the anthem -- and railed against him on Twitter ... calling him a "dirtbag" and a "P.O.S."

Long story short ... Woods wants the 49ers or the NFL to force Kaep out of the league because it would send the message to other players that "tarnishing the flag" won't be tolerated. 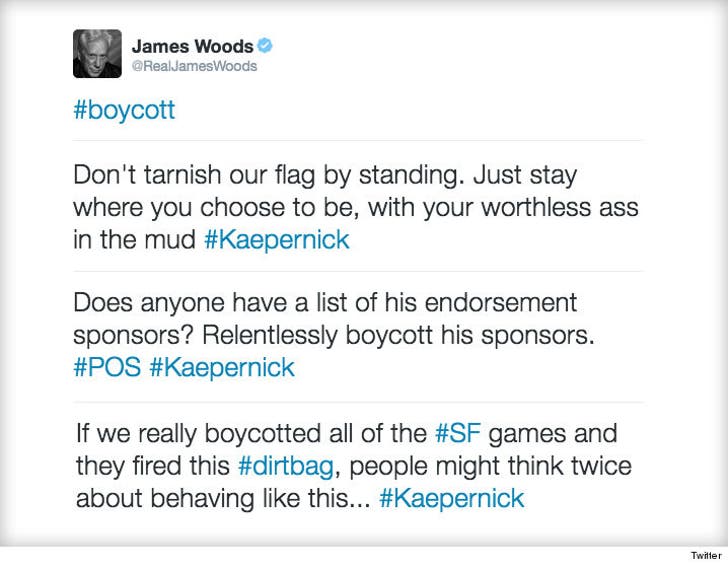 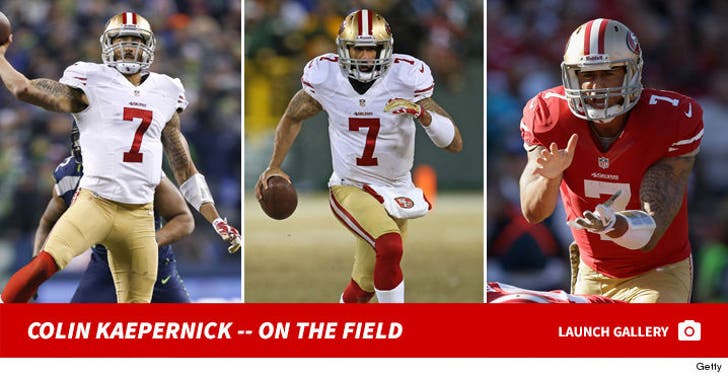 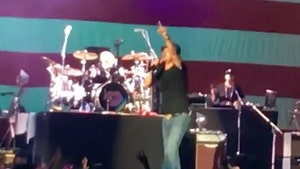 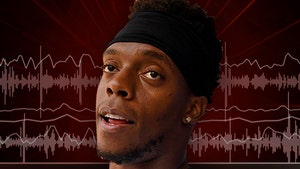