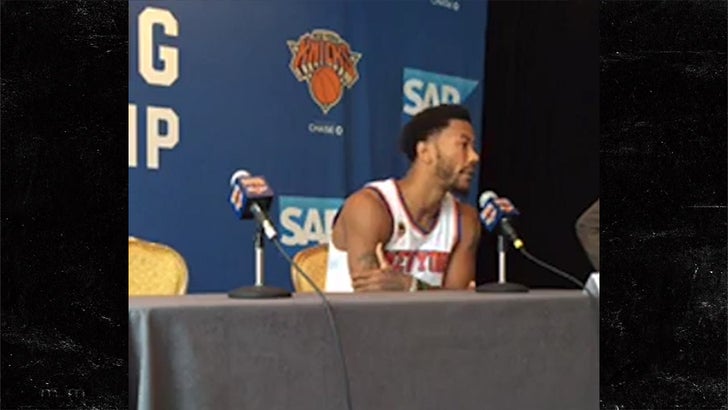 Derrick Rose is adamant he's NOT a rapist -- claiming, "I ain't do anything wrong" ... and says the upcoming trial will not be a distraction from his first NBA season with the Knicks.

Rose faced reporters at Knicks Media Day in NYC moments ago where he was asked straight-up if he's worried about his upcoming rape trial.

TMZ Sports broke the story ... Rose and his friends are accused of gang raping a woman in her L.A. home back in 2013. The case is headed for trial later this year.

When asked how he's handling everything, Rose said ... "I’ve been handling it pretty good, I think. I really haven’t been thinking about it. I’m thinking about the team more than anything."

Rose was also asked about the LAPD investigation into the alleged incident -- to which he replied:

"I haven’t talked to anyone and this is my first time hearing about it. But once again, I’m not worried about it. I feel like I ain’t do anything wrong."

He concluded -- "I can’t think about a case that I feel like I’m innocent in, where I feel like I ain’t do anything wrong. Like I said. And I can’t let that distract me with the year I have ahead of me." 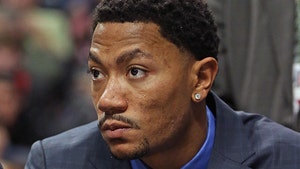 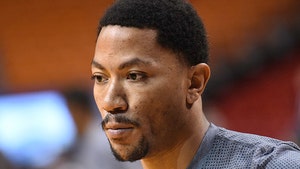