10:07 AM PT -- Azria's attorney, Marty Singer, tells TMZ: "The lawsuit filed against Max Azria is a bogus lawsuit by a foreign billionaire couple who used a British Virgin Islands entity as the tenant. During the entire 3 month rental, the tenants never made any complaints of rats, dog feces or the other claims. In fact, they remained in the house for the entire lease period, hardly the behavior of a tenant who disliked the house. The tenants made major changes to the house, without the landlord’s consent, to accommodate their personal tastes."

He adds, "My client intends to sue the tenants for damages they caused to the property and we are confident we will prevail in this action."

Famed BCBG founder Max Azria promised to serve up grand amenities in a mansion, but instead delivered a colony of rats, dog poop and more -- so claims a former tenant in a lawsuit.

A company called Tres Hollywood brokered a lease for a client, who says she found a disaster zone when she moved into the designer's 17 bedroom, 22 bath Bel-Air estate -- for a whopping $500k a month, mind you. Plus $500k deposit!

Tres says it was overrun with rats and ants. Throw in mold, non-working toilets, no hot water and broken appliances -- according to docs -- and suddenly the dog feces and urine stench might not seem so bad.

Tres says Azria refuses to return the deposit on the place, which is currently listed for $88 million. It's suing for the $500k plus repair costs and penalties -- all told they want more than $1 million.

We've reached out to Azria, so far no word back. 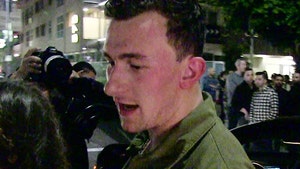 Johnny Manziel -- Accused of Wrecking L.A. Mansion ... Pay or Get Out! (UPDATE) 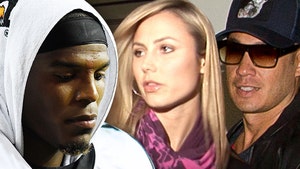