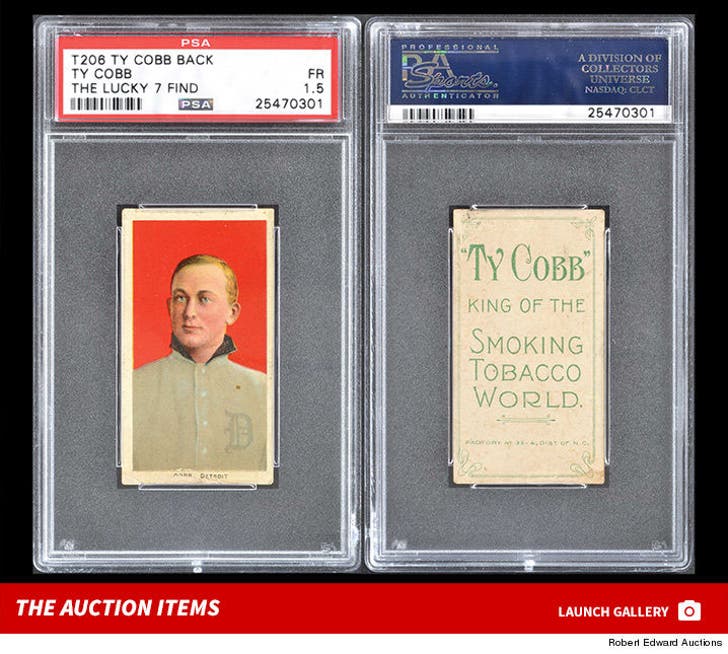 The story behind the card is crazy -- a family in the South found 7 Ty Cobb tobacco cards (originally released between 1909-11) in an old paper bag while going through their great-grandfather's stuff earlier this year.

It's been dubbed by collectors as "The Lucky 7 Find." FYI, there are only 22 known Cobb T206 cards in existence.

Now, one of the cards from the paper bag is being offered up through Robert Edward Auctions -- it's been graded by PSA at 1.5 (fair condition) and we're told it's expected to fetch $200,000.

Several other cards from the haul have previously been sold for big bucks.

If you can't snatch up the Cobb -- don't worry, there's more cool stuff at the auction (which begins Friday) including: 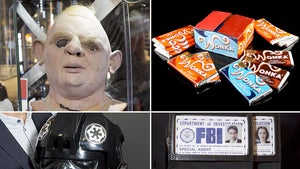 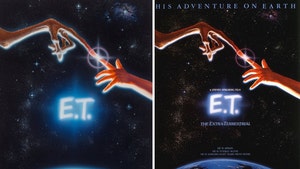