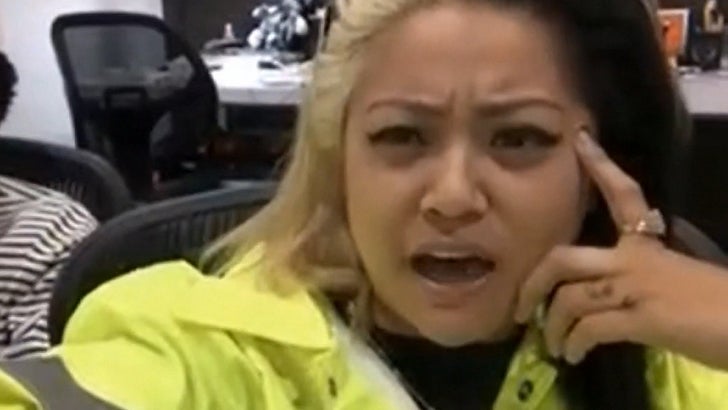 One of the girls who squared off with Wale on the Sunset Strip now says the whole mess wasn't the rapper's fault ... instead, it was a random chunky dude who ended up costing her a late-night meal.

Bana Bongolan is the GF of the blonde chick who blew smoke in Wale's face outside Bootsy Bellows Tuesday night -- and she says the trouble started inside the club when a guy dissed her neon jacket, and she called him fat.

We all remember high school, right?

Anyway, Wale tried to break things up, got caught up in the drama -- and you saw what happened next in our video. A pissed off Wale slapped down the girls' leftovers. Bana told us what they lost on the sidewalk, and it's a tough L after a night of drinking. 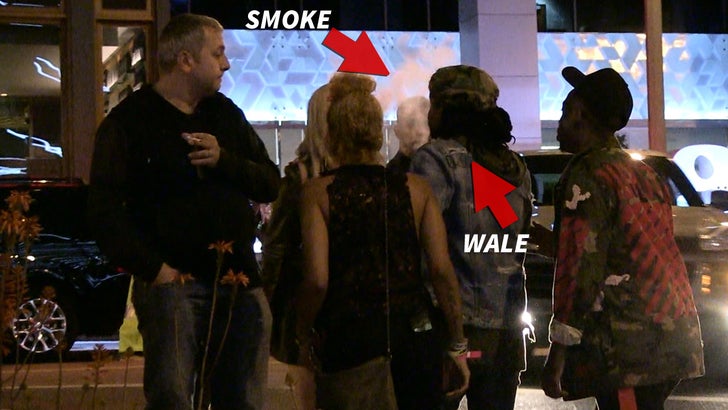 Bana's story lines up with what Wale told us on "TMZ Live." She wants to make it clear though -- there was nothing racist about what went down ... and she loves her jacket. 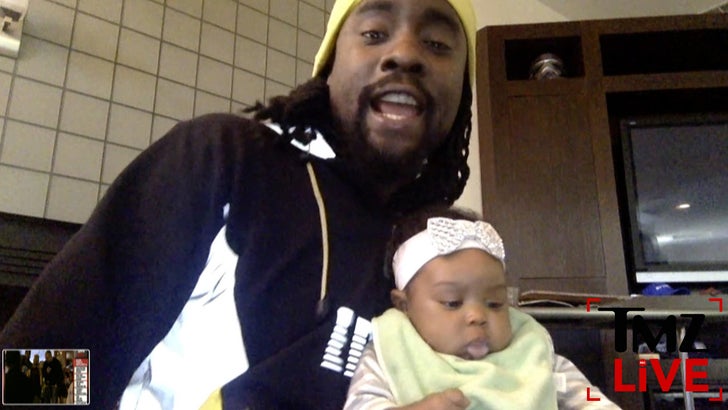 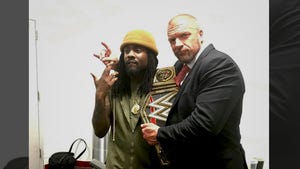 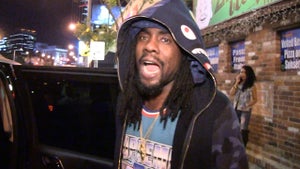 Wale -- I'm Not Dissing Frank Ocean, But He Definitely Got a 'Gay' Boost (VIDEO)