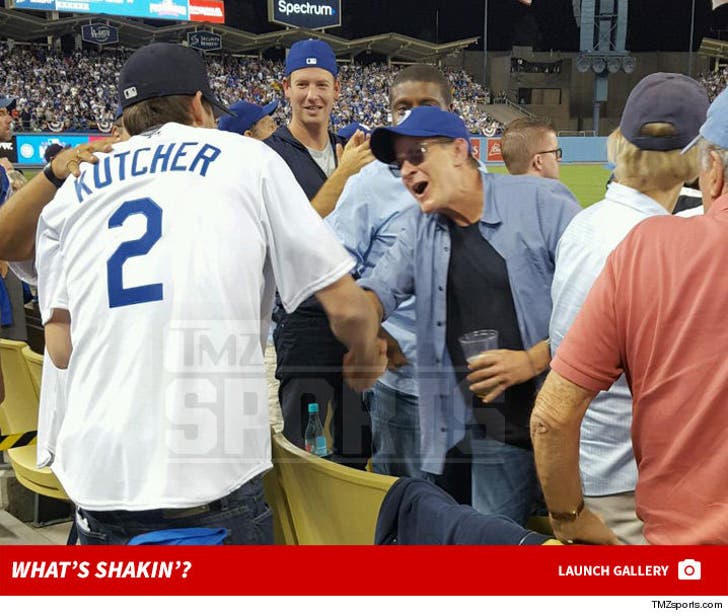 Charlie Sheen and Ashton Kutcher came face-to-face at Dodger Stadium Wednesday night -- but there was no rivalry, just love ... and beer.

Remember, the two got off to a rocky start when Ashton took over for Sheen on "Two and a Half Men" back in 2011 and continued to trade shots on social media until 2014.

But last night when Ashton spotted Charlie in the good seats at the NLCS -- he went over to the star and the two bro'd out.

We're told the interaction was short (there was a game taking place after all) but everything was friendly and positive ... except for when the Dodgers lost. 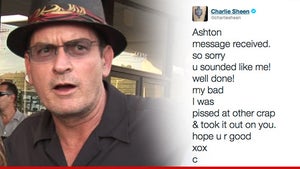