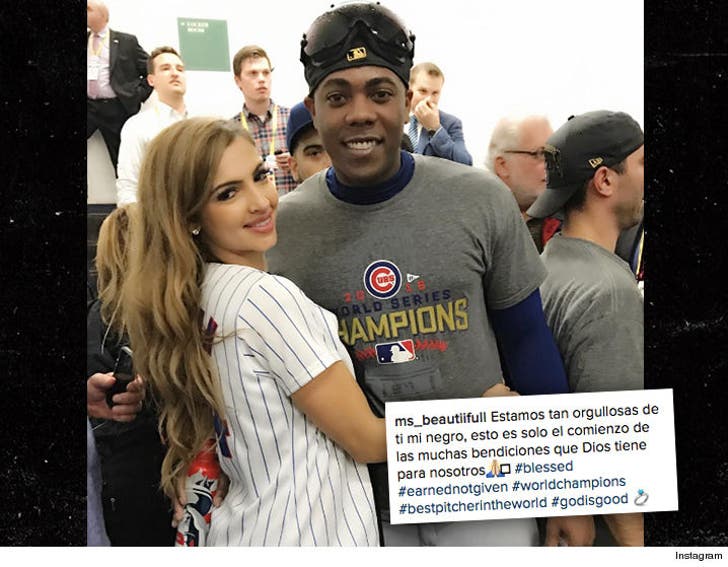 The woman who accused Aroldis Chapman of domestic violence last year was the Cubs pitcher's special guest at the World Series Wednesday night ... because they're together ... TMZ Sports has learned.

The woman -- Cristina -- had told officials in Broward County, Florida that Chapman attacked her last October ... pushing and choking her during a boozy night out. She claimed Chapman then grabbed his gun, went to the garage at his home by himself and fired 8 shots into the wall.

The woman posed for police photos -- documenting her alleged injuries. 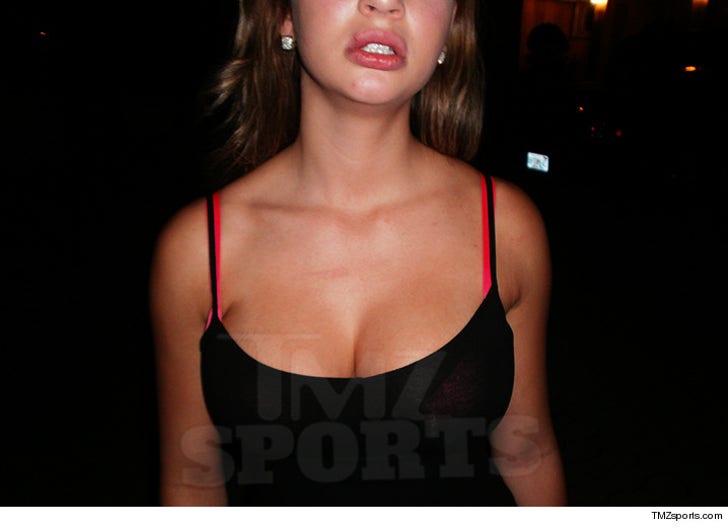 Chapman denied the allegations -- though he admitted to "poking her left shoulder" -- and prosecutors ultimately dropped the case. MLB, however, suspended Chapman for 30 games for the incident. Chapman did not appeal.

Now, we've learned ... Chapman and the accuser not only buried the hatchet after the incident -- but they got back together and are still a couple. We should note they have 1 child together.

The woman goes by the name Cristina Chapman -- though we haven't been able to confirm the two are officially married yet. 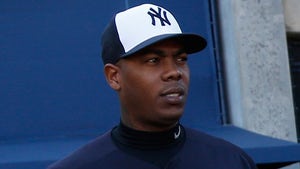