Conor McGregor DID shoot some scenes for "Game of Thrones" -- and will appear on the show next season ... so says Dana White.

The UFC honcho appeared on "Fox Sports Live" with Jay and Dan and confirmed Conor will be mixing it up with the Starks and the White Walkers and the Lannisters and everyone else n Westeros! (go to 4:30 in the clip)

"I knew that a few months ago that they were interested in putting him in the show," White said ... "And I'm glad he did it. It'll be great." 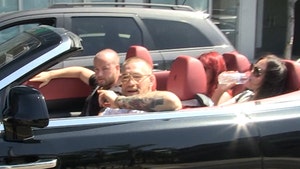