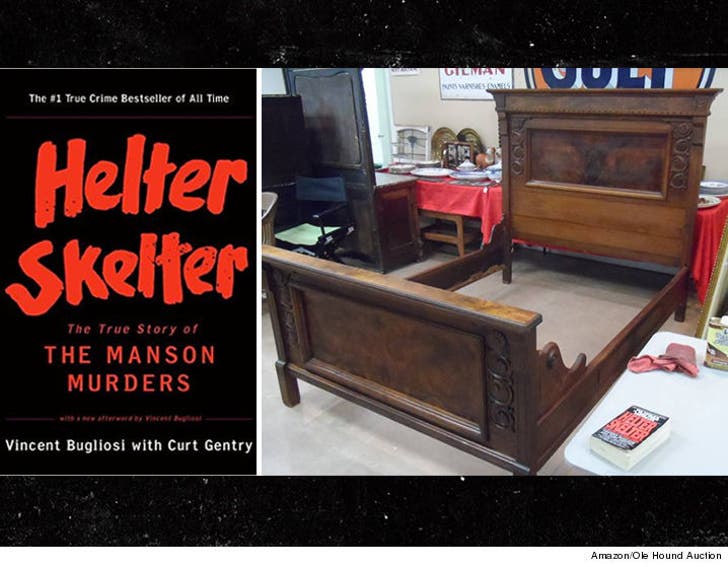 A bed frame from Sharon Tate's home -- where one of Charles Manson's famous victims slept almost 50 years ago -- is up for auction ... if you're into that sorta thing.

The wooden bed frame belonged to Abigail Folger ... the coffee heiress who lived with Tate. She was lying in the bed moments before she was chased out of the room at knifepoint by one of Manson's followers, and stabbed 28 times.

Crime scene pics of the bed are featured in the book, 'Helter Skelter' -- and Ole Hound Auction House expects it to fetch up to $5k, but it's hard to estimate because they've never sold such a unique piece.

And there's this morbid thought -- we're told the frame's price could jump up significantly if Manson dies before February 10 ... the day it hits the auction block.