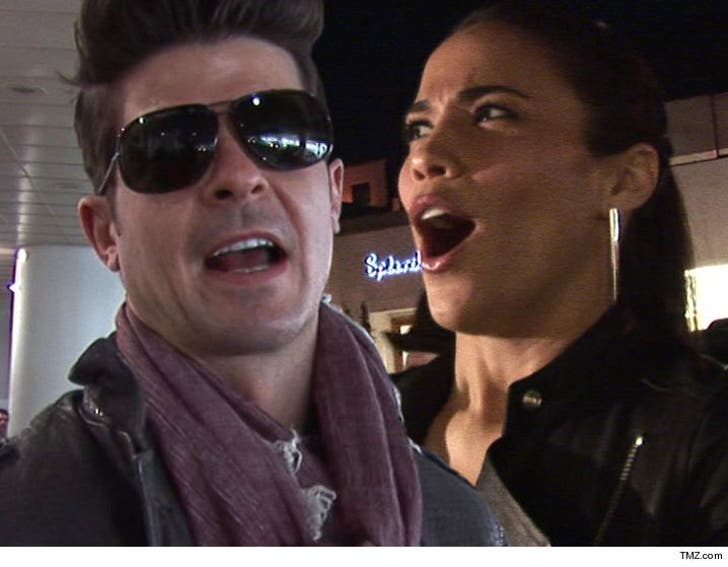 Robin Thicke is not allowed to go near his child or his ex-wife, Paula Patton ... this after a judge just temporarily yanked custody away from him, but now Robin's lawyer claims Paula is being investigated by the L.A. County Dept. of Children and Family Services for emotional abuse ... TMZ has learned.

Robin and Paula both rushed to an L.A. courtroom Thursday, each asking for complete temporary sole custody of 6-year-old Julian. The judge shut Robin down and issued a domestic violence restraining order Paula sought in which Robin must now stay clear of Julian, her and her mom until further notice.

Robin submitted a declaration from his lawyer, informing the judge they have been told by the DCFS lawyer that the agency will close the investigation into Robin because the allegations were "unfounded," and there is an open investigation into Paula for "emotional abuse."

TMZ broke the story ... DCFS opened an investigation after Julian told school officials earlier this year that his dad had been spanking him hard. According to Paula's legal docs, a school official claimed Julian had complained Robin was punching him ... something Robin has denied.

As for Paula's decision to go for a domestic violence restraining order, we're told the trigger was Robin going to Paula's house to pick up Julian for a scheduled visit, and when she wouldn't open the door he allegedly started banging on it ... something Robin denies.

Robin admits to light spanking, but only rarely. 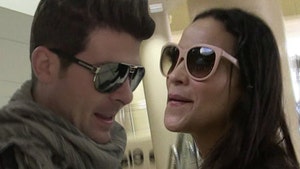