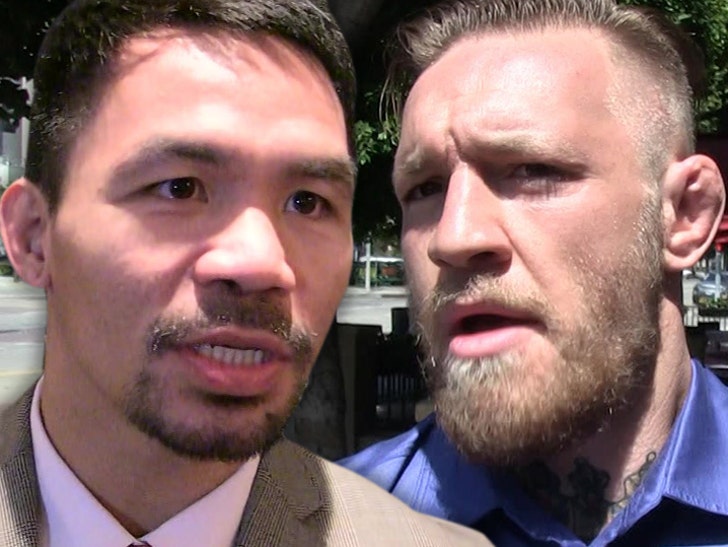 If Conor McGregor wants Pacquiao ... Manny's promoter says it's as good as done!!!

Here's the deal ... Conor raised the idea of fighting PacMan during his Pay-Per-View Q&A session over the weekend while being pressed on the possibility of fighting Floyd Mayweather.

"Maybe f*ck Floyd," McGregor said ... "Maybe f*ck the A-side. Maybe I’ll just fight Pacquiao instead. Why not do that? Why not fight Manny and f*ck Floyd?” 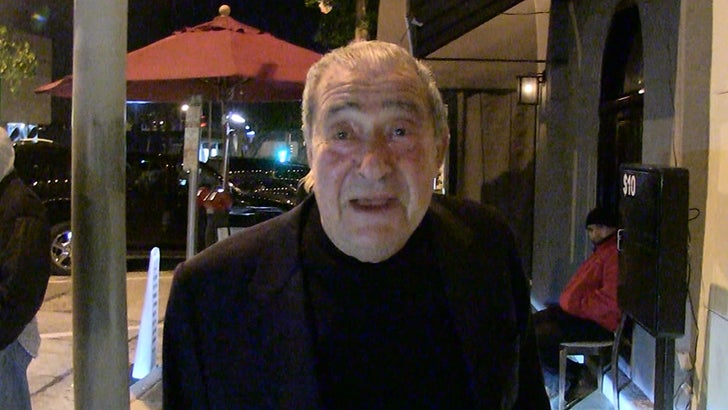 So, we spoke with Manny's longtime promoter, Bob Arum, who said he'll do WHATEVER IT TAKES to make that fight happen.

Mostly because it's easy money ... with Arum saying Manny would KO Conor without even breaking a sweat. 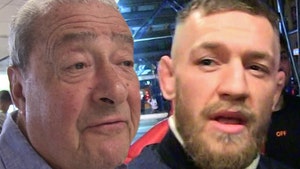