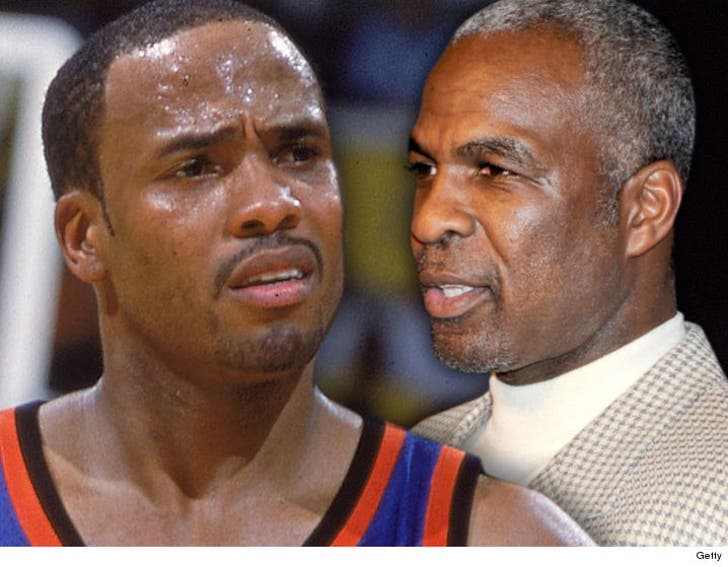 One of Charles Oakley's toughest ex-teammates says he 100% has Oak's back ... telling TMZ Sports had he been with Oakley in the Big Apple Wednesday night there would've been TWO former Knicks in jail.

We talked to Chris Childs ... who played with Oakley on the Knicks teams of the mid-'90s ... and he told us the situation is a disgrace, but he definitely sides with Charles' contention that he did nothing wrong.

"He's never once lied to me. Whatever way he says it happened, I have to believe him."

How committed to Oakley's is he? He told us had he been in the Garden with Oakley last night, he would have certainly had his back PHYSICALLY.

Childs says he's reached out to Oakley and is waiting for a call back, but that the incident itself is just another example of how far the Knicks have fallen.

"We used to be known for Willis Reed running out of the tunnel, now it's about dragging Oak into it. Our franchise is so broken down, it's sad to see."

BTW -- If you're in an NBA foxhole, the guy you want with you is definitely Childs, just ask Kobe Bryant. 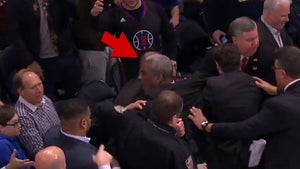