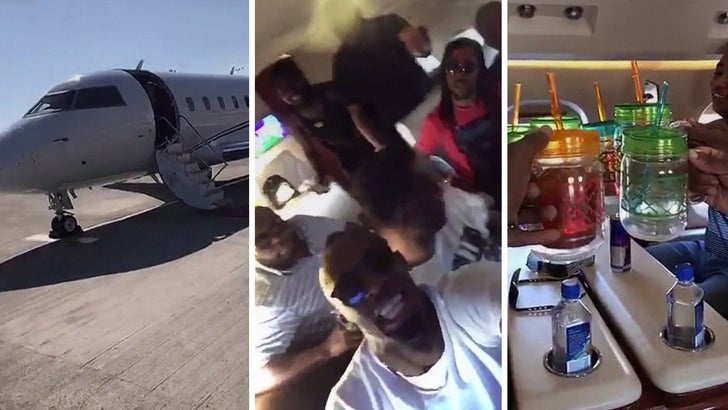 Usain Bolt just threw the sickest party ever at 10,000 feet -- getting all sorts of crunk with his party pals on a private jet bound for Carvinal in Trinidad!!!

The Jamaican track legend boarded the plane with Jamaican soccer star Ricardo "Bibi" Gardner, singer Christopher Martin and others ... and immediately broke out the booze!

There were shots, dancing, strobe lights, cool handshakes, dirty chants about all the sex they're gonna have in Trinidad ... seriously!

They were also singing along to Machel Montano's hit, "Like Ah Boss" -- Montano is like the Michael Jackson of Caribbean music.

Carnival runs through Tuesday ... but the parties are already underway!!!

This should be goooood! 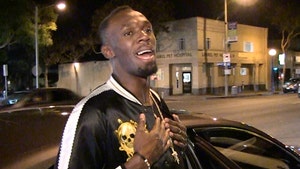 Usain Bolt Wants to Be an Action Star ... With Jason Statham! (VIDEO) 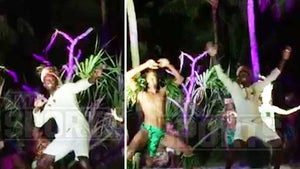