New footage has surfaced showing WWE legend Ric Flair trying to fat shame a bartender during a heated exchange in an Indiana bar ... moments before he was booted and banned for life.

It all went down at The Deck at the Gas House in Ft. Wayne on Sunday when Flair got pissed at the bartender while requesting a fresh glass.

We spoke with a bar staffer who says Flair hurled insults at the male bartender -- called him a "fat ass" and said, "Lose some weight."

The last insult was captured on video obtained by ProWrestlingSheet.com.

Flair was told to leave the joint and on his way out, we're told the WWE legend threw out the classic line -- "You don't know who I am!" and "I'll have you out of a job!"

We're told Flair is no longer welcome back at the bar. 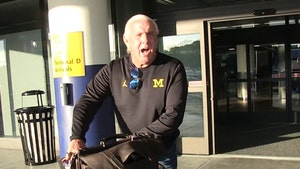 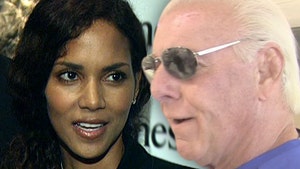