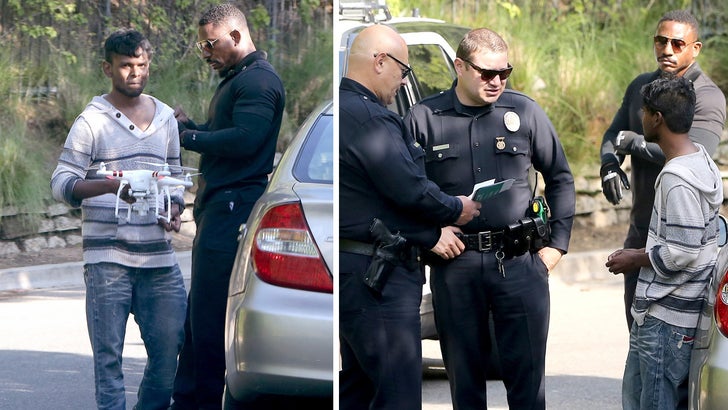 Kendall Jenner's had another uninvited guest, and this one was armed with a drone ... TMZ has learned.

The guy showed up with a 4-rotor drone Tuesday on the street outside Kendall's Hollywood Hills pad, and her security team was on him like white on rice ... taking down his ID, and immediately calling LAPD.

Kendall's team is on high alert after she had $200k stolen from her house last month. Not to mention, the trespasser who terrified her last summer when he followed her into her driveway.

Our law enforcement sources tell us officers checked out the drone guy ... even searched his trunk, but let him go because he hadn't done anything wrong at that point.

IF he'd been flying the drone over the house without a proper license, he could've been cited.

It's unclear if she was home at the time, but crisis averted at casa de Kendall. Again. 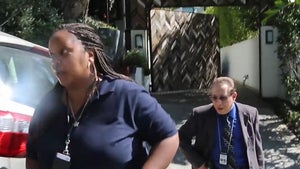 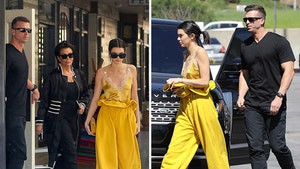