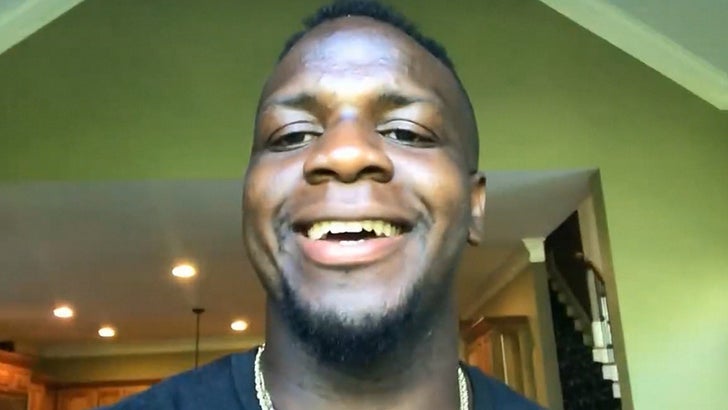 ATL Falcons WR Mohamed Sanu says he was "blown away" by the handwritten letter he got from a family sitting behind him on a plane ... and now, he's delivering a message back to them!!

The story is incredible ... the family sitting behind Sanu slipped him a handwritten note praising him for being an incredible role model to their 10-year-old son who watched Mo studying his playbook and eating healthy the entire flight.

Mo tells TMZ Sports how the kid's mom tracked him down and gave him the note -- and the emotional impact it had on him.

The funny part, Sanu says he immediately tried to track the woman down after he read the note but she was gone in a flash!

It's a great story. 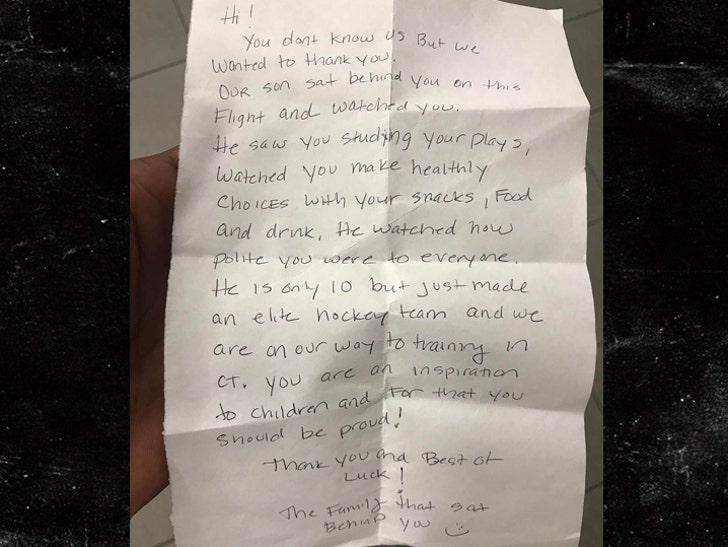 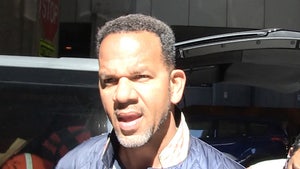 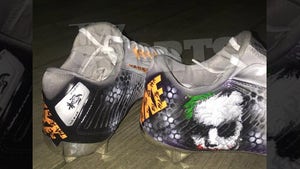