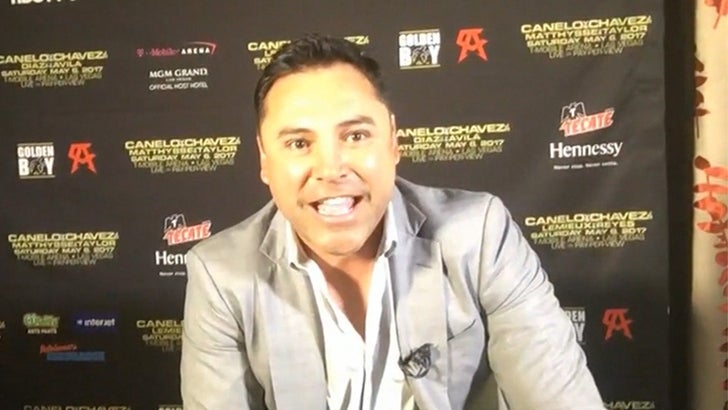 Oscar De La Hoya just invited Donald Trump to be his guest at the Canelo Alvarez vs. Julio Cesar Chavez Jr. fight in Vegas ... so he can witness firsthand how important Mexicans are for the U.S. economy.

Oscar has a dog in the fight -- Canelo is signed to Golden Boy Promotions -- and told TMZ Sports he even had the fighters run through a wall in their video promo as a "jab" at Trump's border plan.

But Oscar says there's no bad blood with Trump -- he knows the President has a long history of supporting boxing ... he just wants Donald to see the good that Mexicans like Canelo and Julio can do for the U.S.

Will Trump accept? Hey, it's possible ... 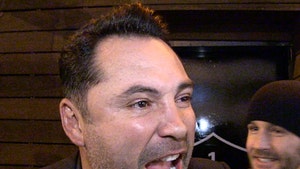