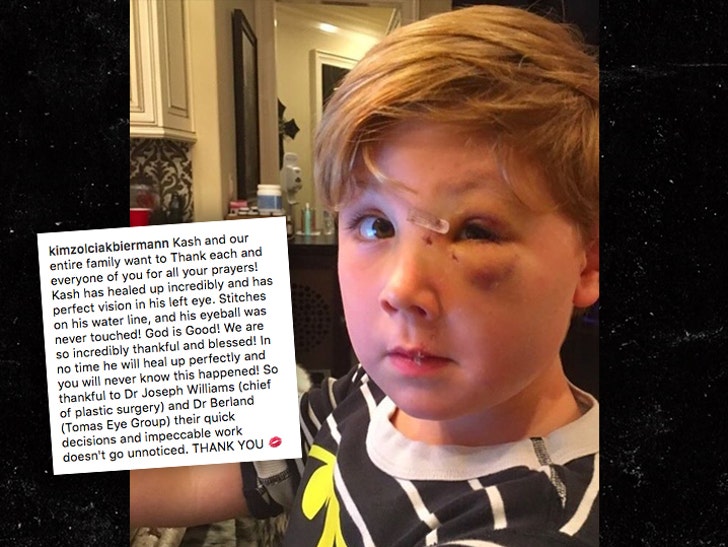 Kim Zolciak just shared an up close and personal post-surgery photo of her son's injured face after he was gnarled by a dog ... and the attack left several marks.

Kim posted a pic Tuesday of 4-year-old Kash Biermann, with a long caption thanking fans who sent prayers during the ordeal. She says ... "Kash has healed up incredibly and has perfect vision in his left eye. Stitches on his water line, and his eyeball was never touched! God is Good!"

Kim also thanked the doctors who operated on her son.

As we reported ... Kash had to undergo surgery after he was bitten in the face. At the time, Kim cited his injuries as "traumatic." She's never said anything more about the attack or whose dog was behind it. 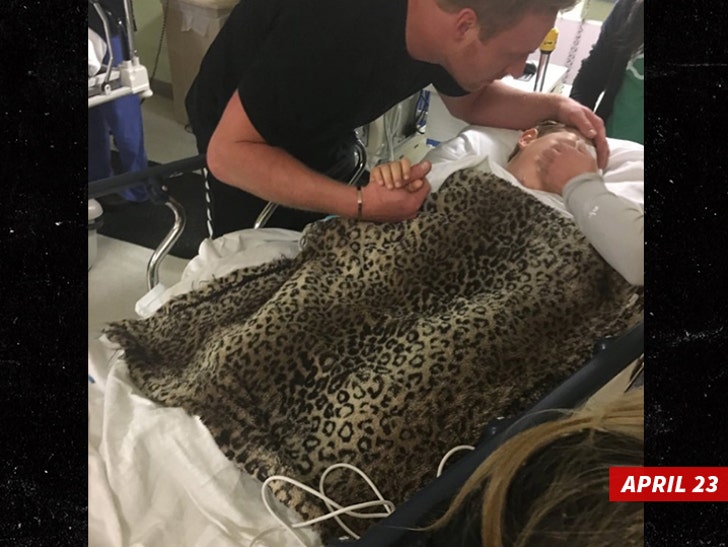 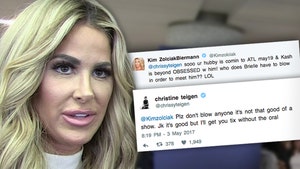 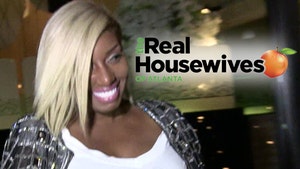