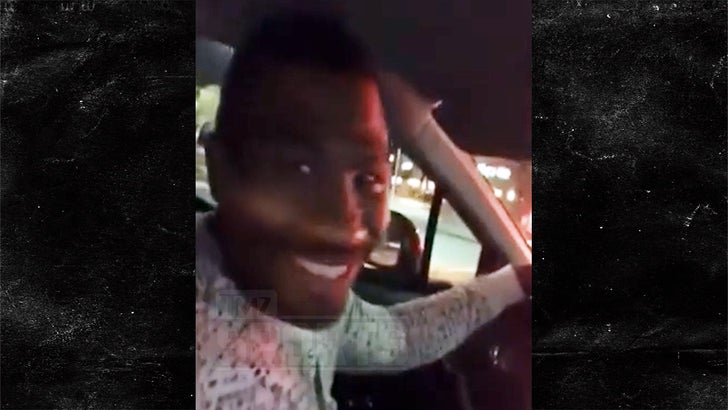 The fighter is Thomas Dulorme -- whose last fight in January was on Showtime Extreme. Before that, he had fought Terrance Crawford ... one of the top fighters in the world.

So, you can imagine how crazy it was when a boxing fan ordered up an Uber in Vegas back in April and recognized Dulorme in the driver's seat.

Dulorme explained that he was part of Floyd's famous TMT (The Money Team), but says, "I'm part of the team. Not the money."

TMZ Sports spoke with the 27-year-old who says he's explored breaking his deal with TMT -- but he believes it would cost him too much money ... money he doesn't have in the first place.

We reached out to Mayweather Promotions for their side of the story but haven't heard back.

Clearly, there are issues here.

By the way, the passenger in the video tells TMZ Sports he gave Dulorme a good rating on Uber. 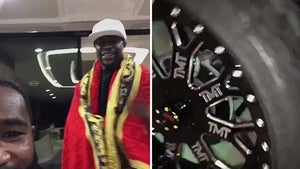