Surveillance cameras caught the moment Richard Rojas plowed down more than 20 people in Times Square Thursday ... and the scene is gruesome.

You can see Rojas coming at full speed in the wrong direction before he literally mows down a huge crowd of civilians. As we reported, Rojas was taken into custody by police after he jumped out of the vehicle and tried fleeing the scene.

22 people were injured and an 18-year-old woman was killed.

Law enforcement sources tell us Rojas admitted smoking marijuana before driving, and when he was captured he told cops he wanted them to shoot him. 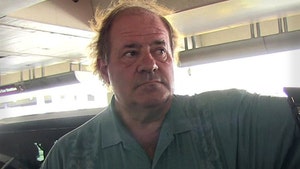