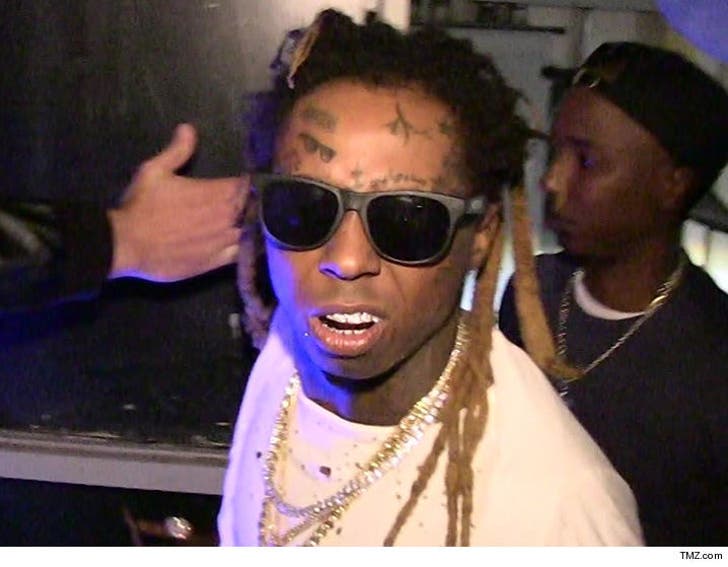 Lil Wayne violently punched a security guard in the face and the guard claims it's a hate crime against white people ... this according to a new lawsuit.

A California man claims he was working the front door at Hyde nightclub on the Sunset Strip in June 2016 when Weezy and his crew showed up for a BET Music Awards after-party ... and started acting belligerent.

According to the docs ... the guard felt physically threatened but was trying to do his job controlling entry into the club when the rapper punched him with a closed fist and knocked him to the ground

The man claims Lil Wayne then threw a glass filled with alcohol in his face and yelled, "F*** you white boy!" ... which he claims makes it a hate crime.

Wayne's camp has denied the rapper punched the guy.

The security guard's suing Wayne, his label and the club for damages for assault and battery ... and wants a $25,000 civil penalty tacked on to his damages for the hate crime.