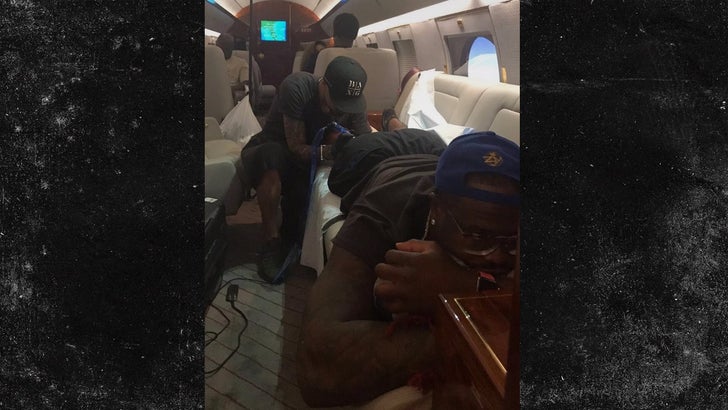 Von Miller joined a different kind of Mile High Club Monday night -- getting a tattoo while flying on a private jet!!

The Denver Broncos star was flying back from a vacation in the Dominican Republic with a fully equipped tattoo artist on his P.J.

The dude went to work on the back of Von's right thigh -- but it's unclear exactly what was inked on his bod.

After the plane touched down, Von accepted the Mayweather Challenge -- where you show off things on social media that you actually have ... like a private jet. 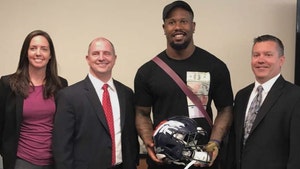 Von Miller Gets Stolen Super Bowl Helmet Back, Thanks to FBI (PHOTO) 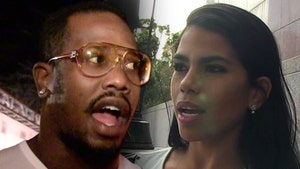