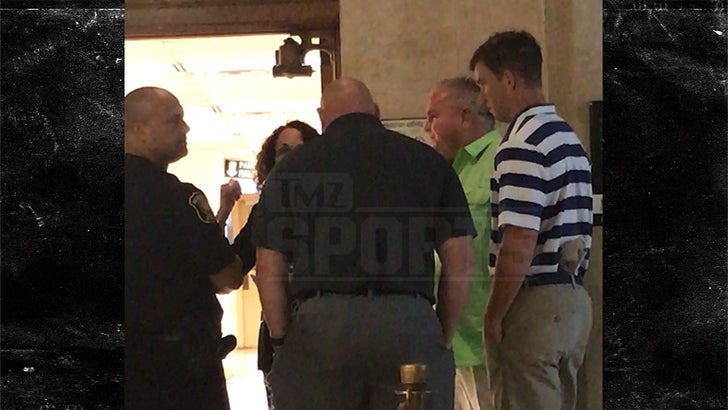 For real ... the NY Giants quarterback was in a New Jersey courtroom Wednesday where he was actually found GUILTY of the heinous crime of driving on the shoulder.

TMZ Sports has confirmed Manning was pulled over on May 24 when cops saw him driving on the shoulder on the Jersey turnpike to get around bad traffic so he could get to the next off-ramp.

We're told he was cited for careless driving and ordered to appear in court -- where court officials tell us he pled guilty to obstructing the passage of other vehicles.

Clearly, Manning wasn't too concerned -- he was cool and casual at the courthouse in his best Polo shirt, shorts and Nike combo ... with a baseball cap tucked in the back of his pants.

Oh, and Eli had backup -- NY Giants head of security Mike Murphy (in the green shirt) was with him the whole time. 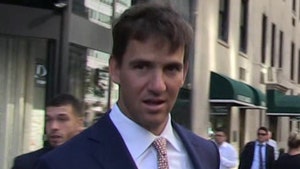