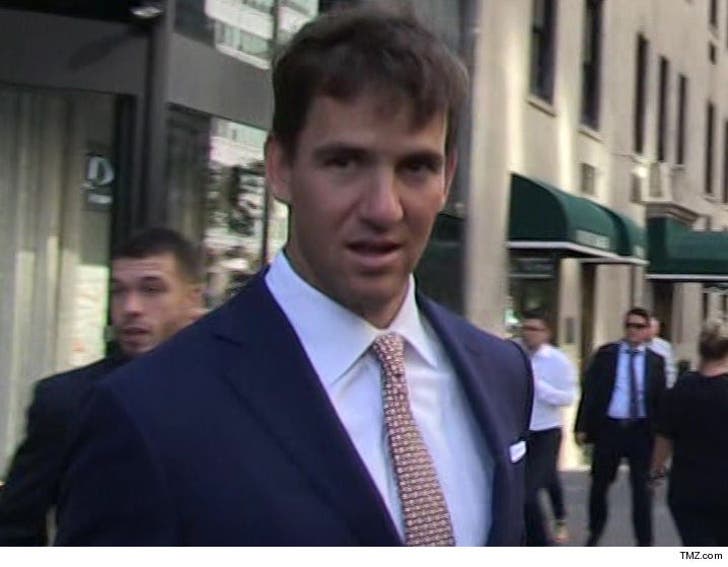 Background -- the Giants, Manning and others are being sued by 3 sports memorabilia dealers who claim the star QB was part of a racketeering scheme.

The lawsuit alleged Manning had a contractual obligation with a major NY sports dealer to provide game used helmets ... but tried to weasel his way out of it by using fakes.

In fact, the dealers submitted very old emails from Eli's AOL account to a Giants equipment manager which they claim reference the scam, according to the NY Post.

A short time later that same day, Manning emailed his marketing agent saying he "Should be able to get them for tomorrow."

The dealers claimed the Giants knew of the emails but failed to turn them over to the court.

Now, the team is fighting back in a statement through team attorneys ... saying:

"The email, taken out of context, was shared with the media by an unscrupulous memorabilia dealer and his counsel who for years has been seeking to leverage a big payday. The email predates any litigation, and there was no legal obligation to store it on the Giants server."

They added, "Eli Manning is well-known for his integrity and this is just the latest misguided attempt to defame his character." 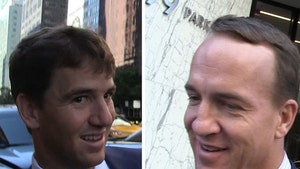