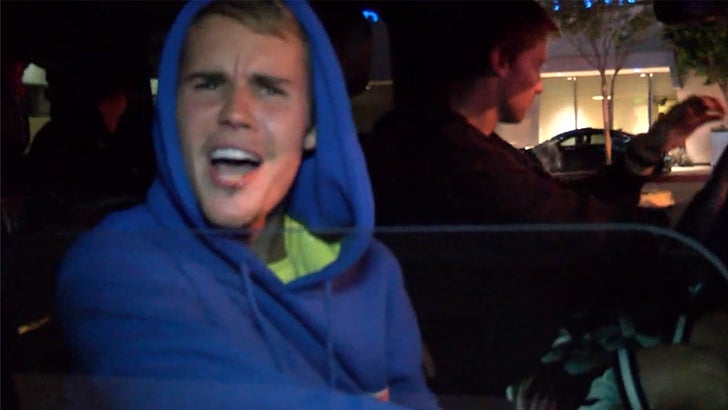 Justin Bieber's refusing to say sorry to the couple hundred people suddenly out of work due to him ending his Purpose tour -- because as he sees it, that's someone else's responsibility.

As Justin was leaving BOA Steakhouse on Sunset Tuesday night -- with his pal, Patrick Schwarzenegger, driving -- he was asked if he had any message for his tour crew. As TMZ first reported ... they're pissed because they never got a heads-up Bieber was pulling the plug and leaving them high and dry.

Bieber was shockingly defiant, and explained the difference -- in his eyes -- between tour crew and his personal staffers.

We think the crew would say karma damn near bit Justin in the ass in this clip. Watch what happened to his Black Amex card. 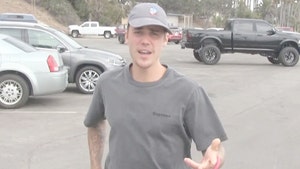 Justin Bieber Apologizes to Fans, I'm Not Betraying You ... I Just Need Some Relaxation