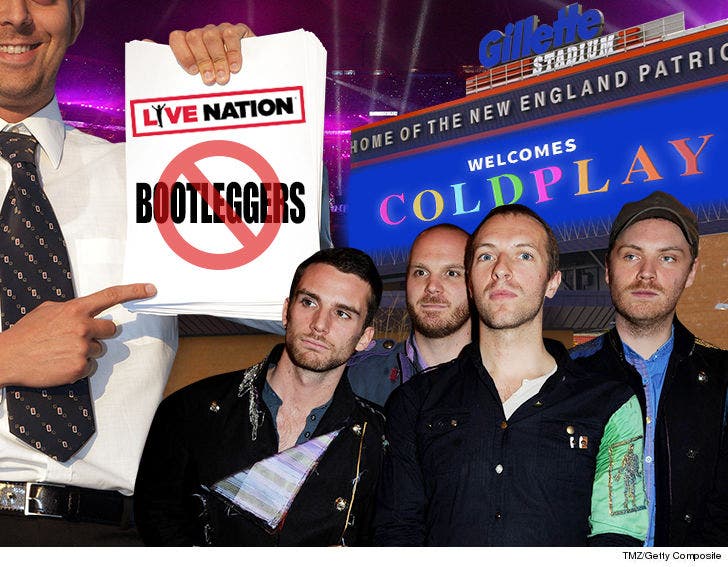 Coldplay's firing a preemptive shot at anyone attempting to hawk non-official merchandise at an upcoming show, by unleashing Live Nation's legal team.

Chris Martin and co. have a nearly sold out show at in Foxborough, Mass on August 4 -- and Live Nation, which promotes Coldplay's U.S. tour, wants all 66,000 fans to keep it real ... as in, no fake gear. The company's filed for a temporary restraining order to ban the sale of bootleg merch outside the venue.

The promoter says sales of fake souvenirs and clothing would cause substantial monetary losses for the company. It's looking to make the same move in all cities on the tour.

This is now Live Nation's M.O. -- it's made this legal move before, including at a John Mayer show in NYC. 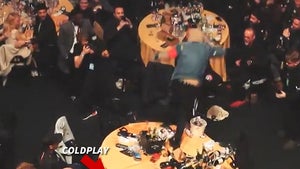 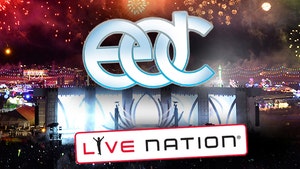