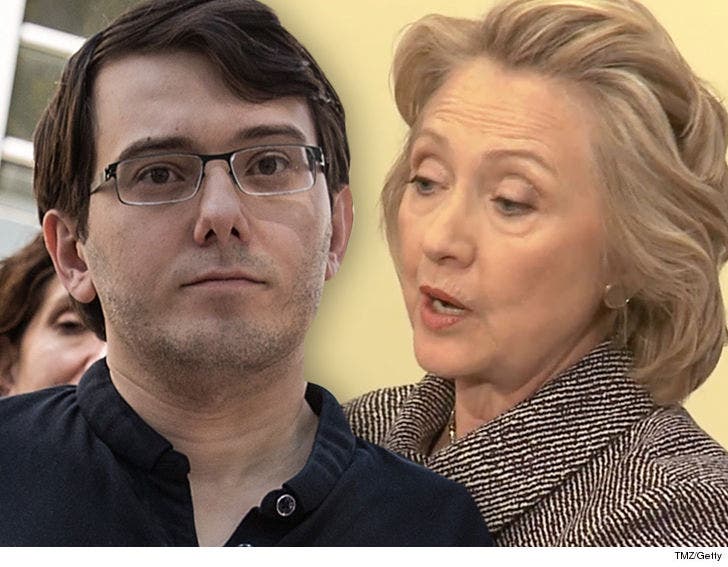 Bad boy and convicted felon Martin Shkreli may be heading to jail way sooner than he thought, because the United States government wants to put him behind bars NOW, after threatening Hillary Clinton.

The Justice Dept. just filed docs, obtained by TMZ, which states Shkreli, who is out on $5 million bail pending sentencing for securities fraud, has engaged in a "pattern of threats and harassment that warrant his detention pending sentencing." Government lawyers want his bail revoked, NOW.

The last straw was Shkreli offering $5,000 to anyone who would "grab" some of Clinton's hair during her book tour. Government lawyers say Shkreli has a huge social media following who would take the challenge seriously, and as a result the Secret Service has been spending money and using resources to deal with the threat.

The lawyers also note Shkreli has harassed 2 women, notably a journalist who shunned him, to which he responded on Twitter, "If I'm acquitted I get to f*** Lauren Duca."

The judge has not ruled on the government's motion.