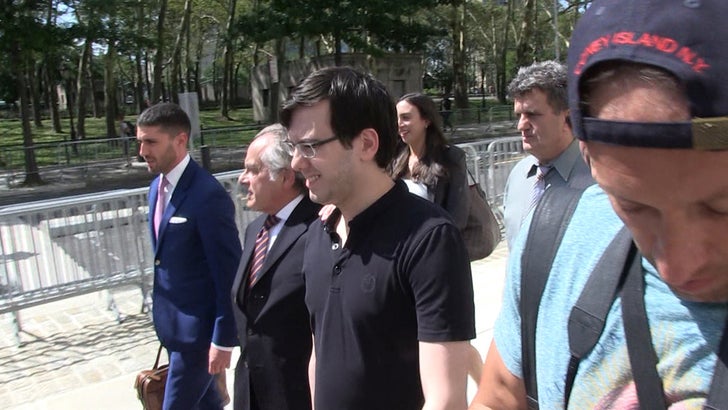 Martin Shkreli-- dubbed the most hated CEO in America -- was convicted in his long-drawn out federal fraud case.

Shkreli was arrested in 2015 after being accused of losing millions of dollars of investors' funds, and then trying to pay them back with stock in a new drug startup.

His defense attorneys reportedly argued many of the investors cashed in big-time when the new drug company went public. One of his attorneys even told the jury that just 'cause he wasn't well-liked doesn't make him a "Ponzi guy."

Shkreli famously hiked up the price of the AIDS drug Daraprim by 5,000% in 2015 (which wasn't related to his case) ... causing the price of each pill to inflate to $750. That hasn't gone over well with people, and he's made A LOT of enemies since ... including Lil Wayne.

Shkreli faces up to 20 years in prison for the 3 convictions.

"This was a witch hunt of epic proportions," Martin Shkreli says after being found guilty on 3 of 8 counts: https://t.co/Okz2bwUl4f pic.twitter.com/ZEuYUKF7DC