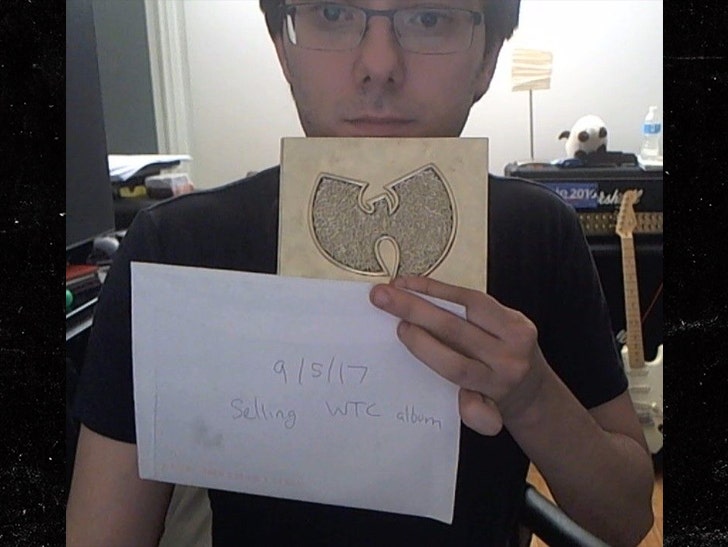 Martin Shkreli's got interesting timing for wanting to make a buck ... he's now selling off his famous $2 million Wu-Tang Clan album on eBay.

Shkreli posted an eBay listing Tuesday night for the only copy of Wu-Tang's album, "Once Upon a Time in Shaolin," for a starting price of just $1 ... this after being convicted in his securities fraud case last month. Bids, for the record, reportedly went as high as $55k within an hour.

Again, the timing is all but too coincidental here. You'll recall ... Shkreli faced the possibility of having his rare, precious album seized by feds for possible restitution if he was convicted, which he was. A sentence has not been handed down yet, though.

In the eBay listing description, Shkreli says he'll pay up to $25,000 in legal fees related to the sale ... but also says he reserves the right to pull out of the deal at any time.