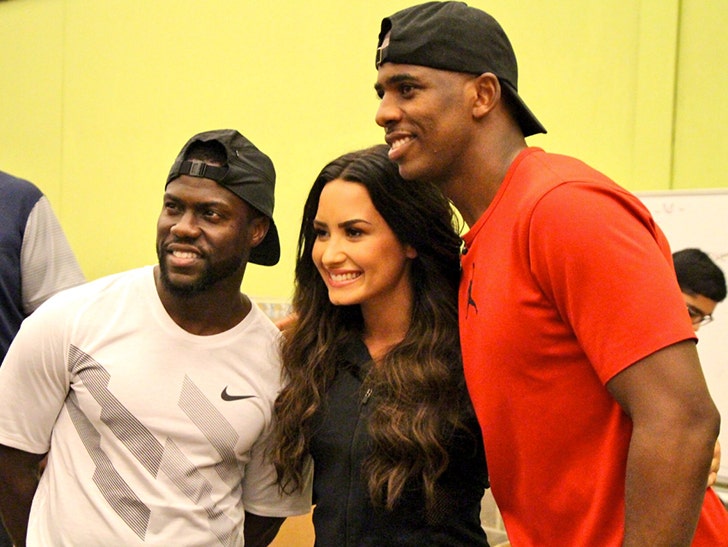 Demi Lovato's on a mission to help with Hurricane Harvey relief efforts, and while volunteering at the Houston Food Bank she ran into Kevin Hart and NBA superstar Chris Paul.

Chris and Kevin were helping unload trucks and serve food. We're told the trio randomly bumped into each other and snapped a quick pic.