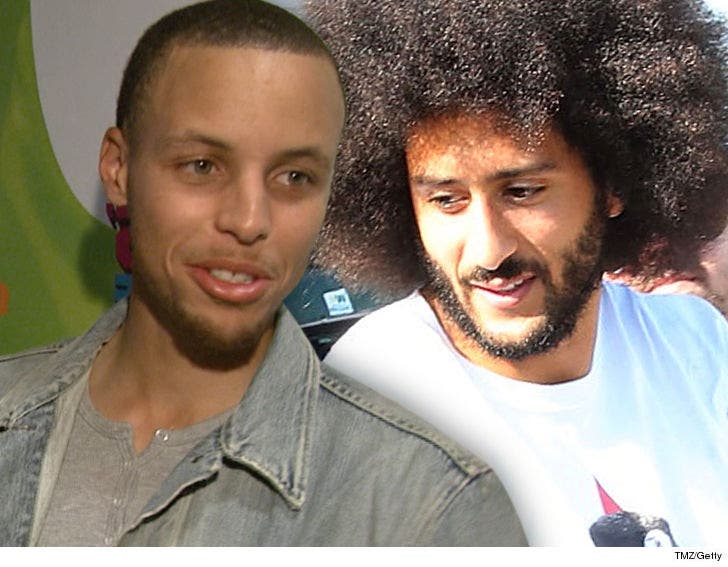 Steph Curry is disgusted that Colin Kaepernick is still in the unemployment line ... and he's got a message for all the NFL teams refusing to sign him -- FREE KAEP.

Steph was in attendance for the 49ers vs. Panthers game at Levi's Stadium ... and shared a photo of the field with a #FreeKaep caption.

This statement comes a day after Curry spoke about Kaep deserving an NFL roster spot ... adding that his national anthem protests "shook up the world ... for the better."

“He definitely should be in the NFL," Steph told The Charlotte Observer.

"If you’ve been around the NFL, the top 64 quarterbacks, and he’s not one of them? Then I don’t know what game I’m watching."

As for Kaep ... the former Niners QB was social media silent on Sunday -- but his Know Your Rights Camp account posted messages urging fans to boycott the NFL. 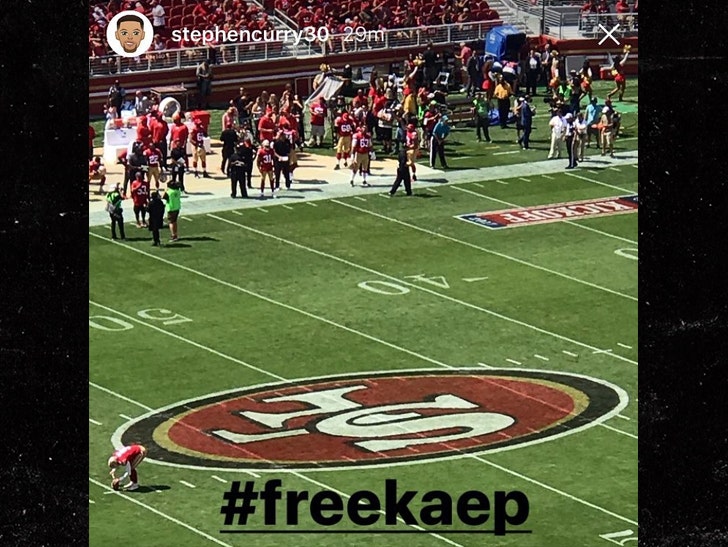