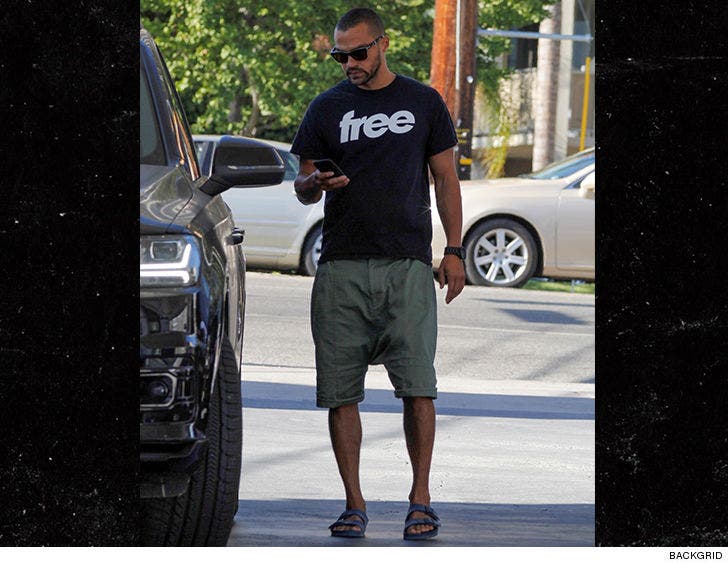 Jesse Williams is basking in bachelorhood after settling his child custody feud with his estranged wife.

Paps spotted the actor Wednesday at a gas station in Los Feliz, where he was rockin' a free t-shirt -- literally. The rest of his outfit also says as much.

We broke the story ... Jesse struck a custody deal with his wife, Aryn Drake-Lee, where they'll both share joint legal custody over their 2 little ones ... with conditions, of course.

The kids might be off the table now, but only time will tell if he's home free for the rest of his divorce.