Kevin Durant says it was "childish" and "idiotic" to slam his former OKC Thunder coach and teammates on Twitter this week ... but insists he was NOT trying to do it from a secret 2nd account.

KD just addressed the situation at TechCrunch Disrupt -- where he was asked straight-up if he intended to post the anti-OKC tweets from an anonymous account so nobody would know it was him.

Durant denied the allegation ... only admitting to another Instagram account -- "but that's just for my friends and family so I wouldn't say I was using that to clap back at anybody."

KD says he enjoys engaging with basketball fans on Twitter but, "I happened to take it a little too far" when he told 1 fan that he left OKC because he "didn't like the organization or playing for Billy Donovan."

"I don't regret clapping back at anybody or talking to my fans on Twitter," Durant said at TechCrunch ... "I do regret using my former coach's name and the former organization that I played for."

"That was childish. That was idiotic. All those type of words ... I regret doing that and I apologize to him for doing that."

KD says he felt bad about it ... but will continue to use Twitter. 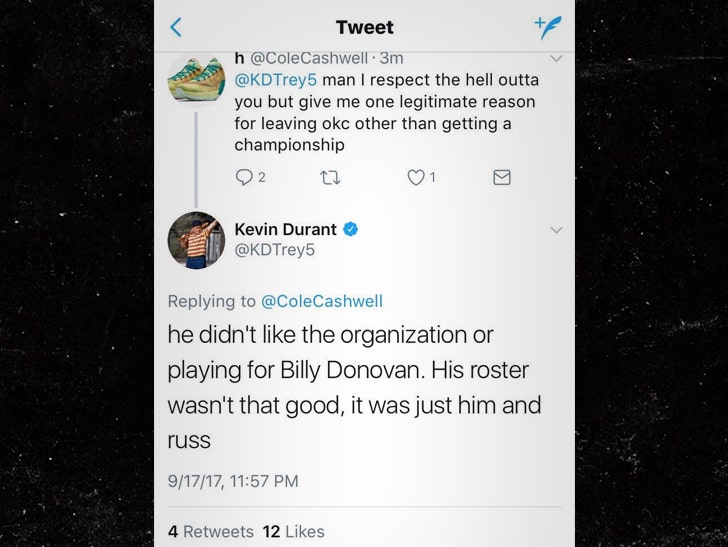