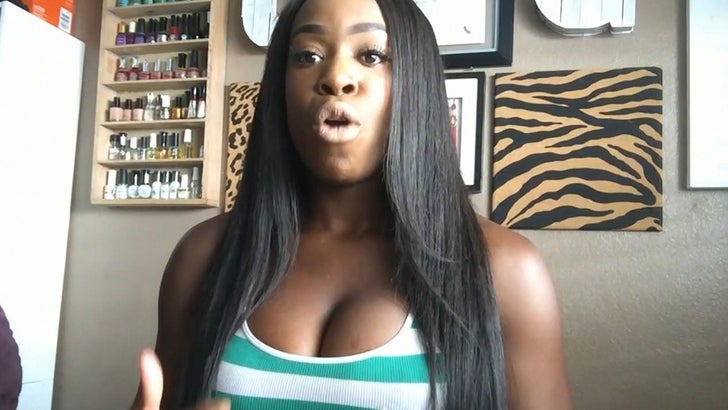 A Legends Football League star says the league's decision to ban players from kneeling for the national anthem is totally unfair, even though she thinks kneeling is a weak form of protest.

TMZ Sports spoke to Ogom Chijindu﻿, one of the biggest stars in the LFL -- mostly for twerking on an opponent -- who says she doesn't at all agree with the policy requiring players to stand.

"We're supposed to have a 1st Amendment right is that not correct? So for someone, anyone, I don't care who it is to tell me I have to sit, stand, kneel, or do any type of gesture I feel is inappropriate."

That doesn't mean Ogom would be kneeling even if she could ... telling us while she totally agrees with Colin Kaepernick's politics, she thinks kneeling is a subservient act.

"Who told Colin Kaepernick to start kneeling instead of sitting, I'm not trying to be mean. I'm not sugarcoating it, it was a white Navy S.E.A.L."

*Note -- it was actually an Army Green Beret

"For me the image that is now out there is African citizens of America are on their knees in submission, while other ethnicities be it white or any other race is standing."

Chad Johnson: NFL Protests Have Been 'Whitewashed,' 'Like An Ice Bucket Challenge' 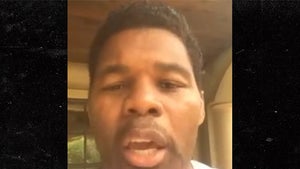