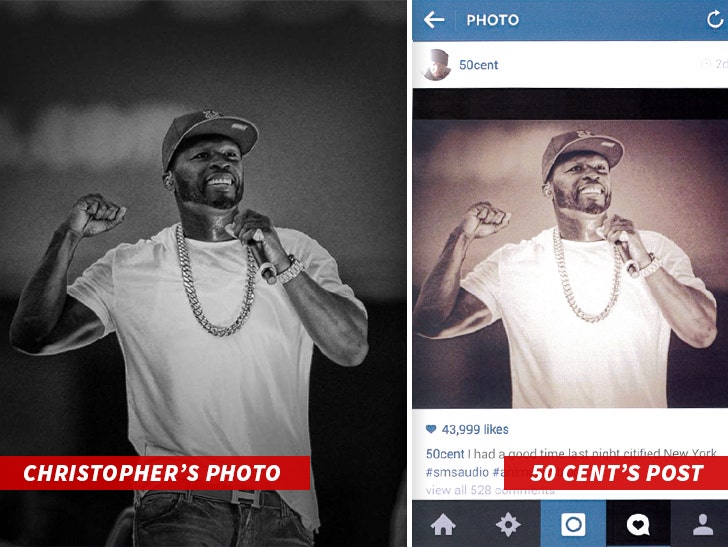 50 Cent jacked a couple photos and plastered them on his social media to pimp himself and one of his products ... so says a photographer in a new suit.

Christopher Pasatieri -- who says he's a professional photographer -- says he photographed 50 Cent and some of his shots ended up on the rapper's Instagram page, each generating over 42,000 likes.

In docs, obtained by TMZ, Pasatieri submitted a screen shot of the IG posts that shows Fiddy pimping his SMS Audio headphones and TV show, "Power." Pasatieri says the rapper never licensed the photos or asked for permission to post them on IG.

Pasatieri doesn't say when he shot 50 but it appears it's from a concert in June 2014 at Citi Field where he performed with G-Unit, which is also being sued.

Pasatieri is suing for damages.

We've reached out to 50 Cent, so far no word back. 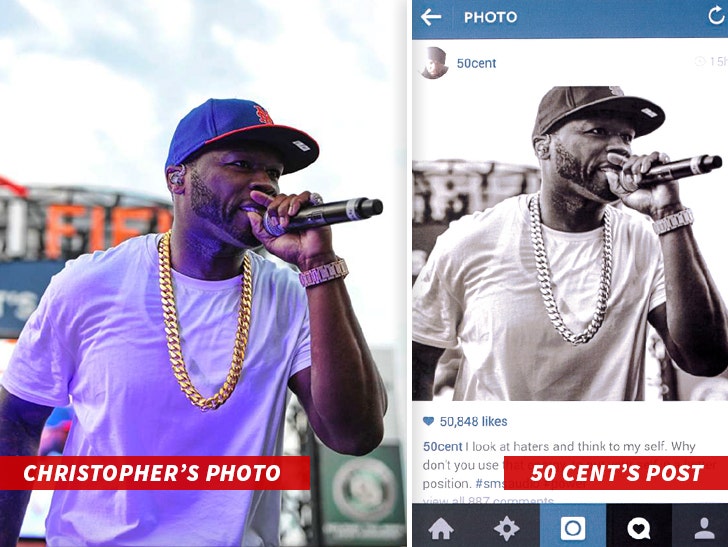