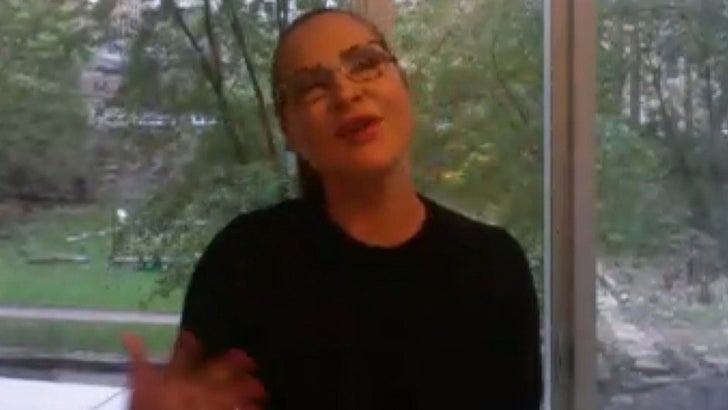 Ben Affleck did NOTHING wrong by holding and caressing a TV host in 2004, 'cause it was nothing but a gag for cameras ... according to the woman herself.

We spoke to Anne-Marie Losique -- who was aggressively snuggled by Ben in the interview that surfaced amid the Harvey Weinstein scandal -- and she has zero gripes. She's aware many people see it as inappropriate, but stresses all of the heavy flirting ONLY happened on camera.

She says it was a thing she and Ben always did when she interviewed him. Anne-Marie adds ... when the camera was off, Ben was totally professional.

As we reported ... Ben apologized Wednesday to ex-'TRL' host Hilarie Burton for groping her breast in 2003. He's said nothing about the Anne-Marie clip, and based on everything she says ... there's no reason for him to do so.