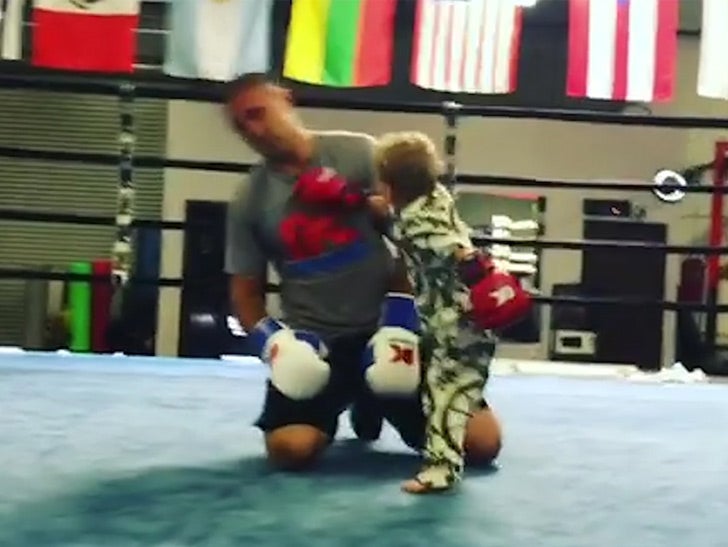 Sergey Kovalev just lost his 3rd straight fight, but it wasn't Andre Ward this time, it was his cute little toddler son, who totally laid the smack down on dear old dad with a vicious right hand.

Sergey is in Oxnard right now training for a big comeback fight with Vyacheslav Shabranskyy (we copy pasted that name) and got some work in with a new sparring partner, his son Aleksandr.

Watch the fight, the nearly 2-year-old "Little Krusher" clearly controls the action, then lands the defining blow to his pop's face, which is enough to get a decision from us.

Get the kid signed up, he's a natural.

Sergey Kovalev: Andre Ward Retired 'Cause He's Scared of Me