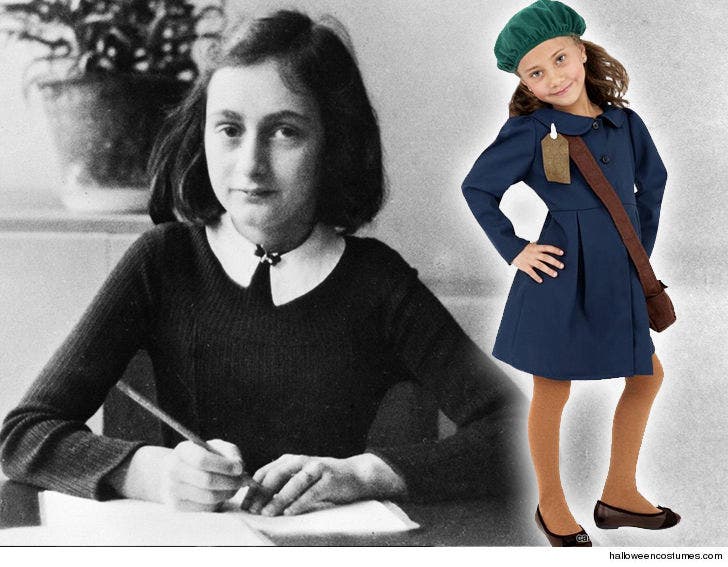 Some genius thought Holocaust victim Anne Frank would make one helluva Halloween costume for kids -- but the institution named for Anne is just glad the company behind it got a clue. Eventually.

Online retailer HalloweenCostumes.com rightfully caught major flak Monday for selling a "WW2 Anne Frank Girls Costume." The backlash was so swift and severe they pulled the tone-deaf item from their site ... which featured this highly-offensive costume description. 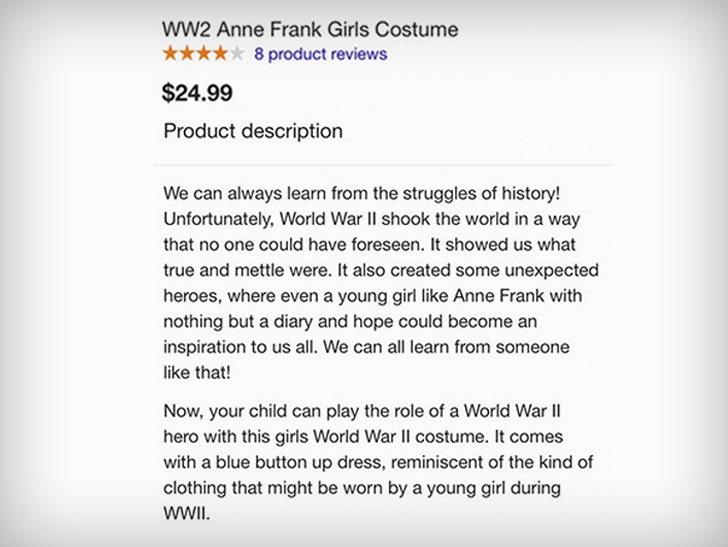 A rep for the Anne Frank Center for Mutual Respect -- a nonprofit supporting her legacy -- tells TMZ ... HalloweenCostumes.com's gimmick is offensive and trivializes Anne's suffering and the suffering of millions during the Holocaust.

The AFC says there are more appropriate ways to commemorate Anne's legacy, and it's happy the costume was yanked. HalloweenCostumes.com has apologized for the stunt, but c'mon. 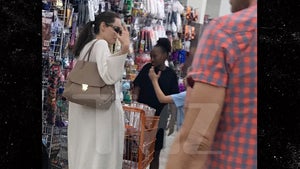 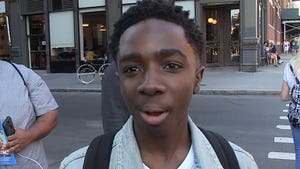