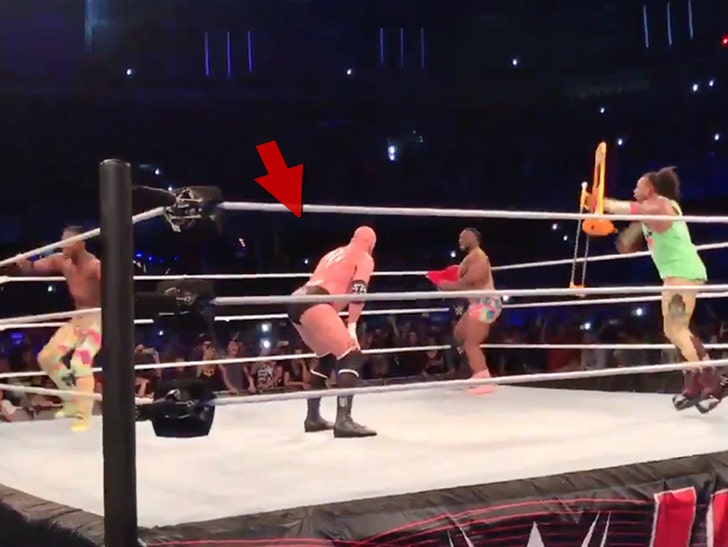 How did pro wrestling legend Triple H celebrate his return to the ring?

The WWE exec strapped on his boots for an event in Santiago, Chile ... and let loose some serious dance moves after his match -- waggin' his hips and shakin' his booty like his life depended on it.

Triple H twerking is all I needed from today pic.twitter.com/Jk3xqiYG0V

But don't forget -- HHH is a HEEL ... so after boogieing down, he laid out The New Day's Kofi Kingston with his signature pedigree.

Triple H's wife, Stephanie McMahon, clearly didn't think he had it in him -- but The Rock ﻿could smelllllllll what The Game was cookin'!! 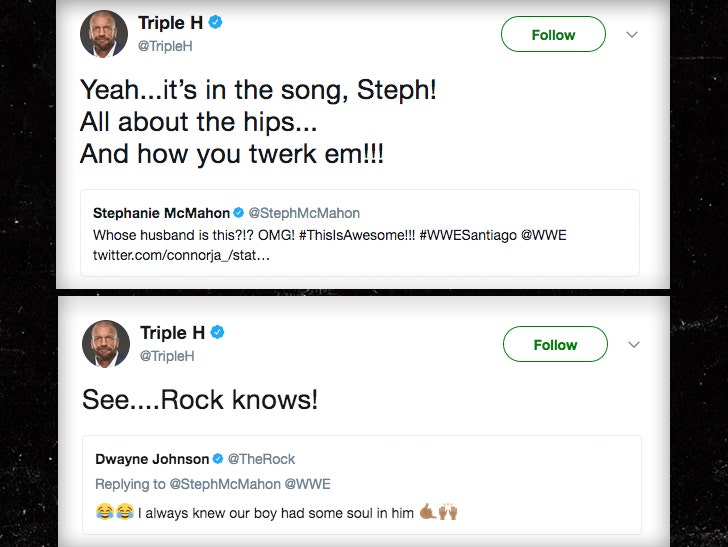 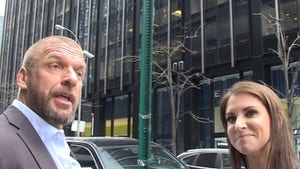 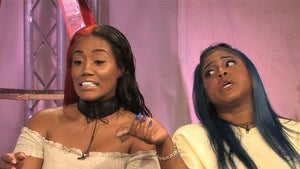 Ex-Lakers Player BURNED By Twerk Queen, I Ain't Bangin' You for a Plane Ticket!