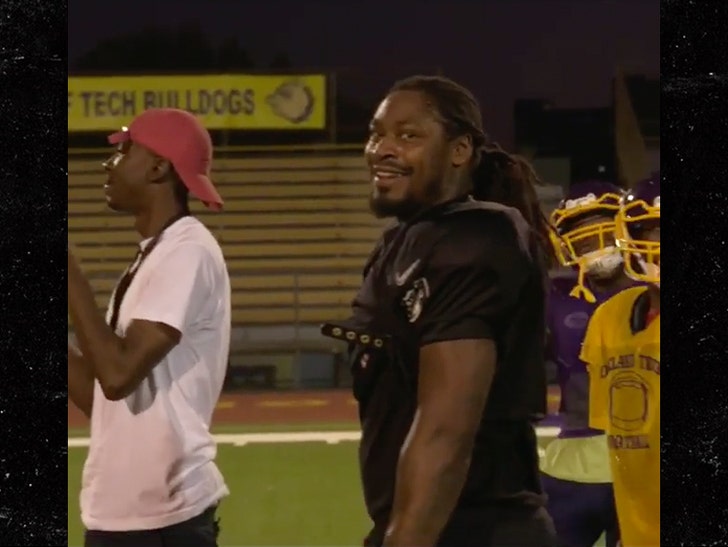 Lynch posted the video himself -- showing the 31-year-old NFL running back running over and being tackled by members of the OTHS football team during a Wednesday practice.

The problem ... the school isn't allowed to let grown men who aren't students hit (or get hit by) students.

The California Interscholastic Federation (CIF) official pointed us to this rule:

"Only 9th through 12th grade students may practice with or compete on a high school team."

The Oakland Unified School District issued a statement saying, "[Marshawn's] participation in the practice did not comply with Oakland Athletic League’s rules and regulations. Site administration did not receive prior notice that Lynch would be attending an after school practice."

"Once they found out, they and the League Commissioner promptly reminded all OUSD coaches of the bylaws and took appropriate measures."

Commissioner Alphonso Powell adds, "We take these rules very seriously as the safety and wellbeing of our student athletes is our foremost concern."

Obviously, playing with Marshawn must have been awesome (we're told the kids were stoked) but the issue for CIF ultimately comes down to safety.

One school official told us the school could be punished for the incident (possible suspensions, etc.) but so far, no discipline has been handed out. 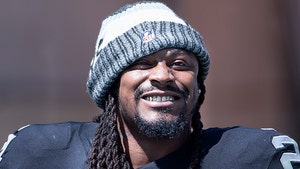 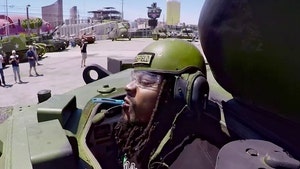