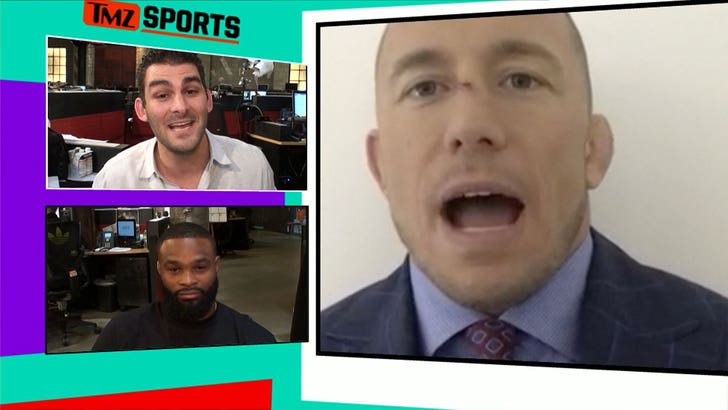 Georges St-Pierre says a superfight vs. Conor McGregor is possible ... but not until after he fights Robert Whitaker.

Fresh off his victory at UFC 217, GSP joined the guys on the "TMZ Sports" TV show (airs tonight on FS1) and talked about his fighting future.

Earlier this week, Dana White told us he wouldn't rule out a St-Pierre and McGregor superfight -- saying Conor is down to fight anyone.

Now, with GSP saying he's up for it too, it seems it's all about making the money work.

BTW, UFC welterweight champ Tyron Woodley mixes it up with GSP, too -- make sure to catch the whole interview on "The Hollywood Beatdown," when the show drops on Friday.