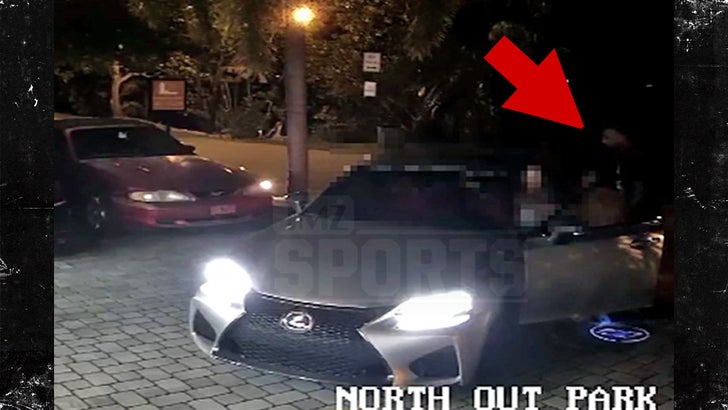 TMZ Sports has obtained the video at the center of the Jarvis Landry domestic violence investigation -- which shows the Miami Dolphins WR pushed his baby mama while their 4-month-old child was in the back seat.

Landry's rep tells TMZ Sports the contact was not a push but rather "incidental contact" during an argument. Nothing more.

The footage was captured by a surveillance camera on April 1 -- showing Landry confronting the woman in the parking lot of his Florida apartment complex.

You can see Landry initially push the woman -- she falls back into her car. Landry then snaps his arm at her and it LOOKS like he was trying to slap her.

The video was blurred by police -- but cops say in the raw version it's clear Landry did NOT slap the woman and was only trying to snatch a cell phone from her.

But the video clearly contradicts that.

The woman later changed her story -- telling investigators she was just emotional from having a kid and insisted she "exaggerated" the facts during the initial call with police.

Officials ultimately believed the contact was an accident and decided NOT to press domestic violence charges against Landry. 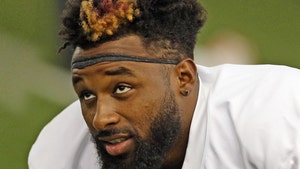 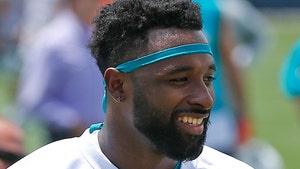 NFL's Jarvis Landry Off the Hook In Dom. Violence Case