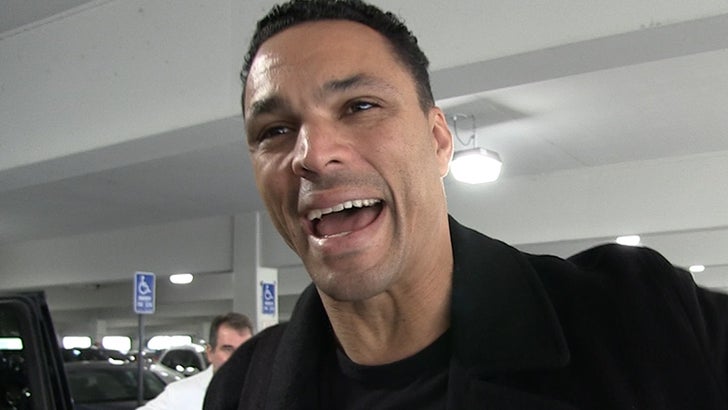 Tony Gonzalez says he was never sexually harassed in an NFL locker room ... but he's glad all the Hollywood scandals are putting athletes on notice.

"Stuff has changed. You gotta be more careful, and it's a good thing," Tony told TMZ Sports.

Gonzalez told us he's only experienced "guys in the shower messing around" ... and says all his former teammates knew not to cross that line.

But even though the future Hall of Famer didn't have to deal with any inappropriate hazing himself, he's fully behind the cultural shift in acting and in sports.

Good to hear that from Tony -- considering he's serious about a career on the big screen.