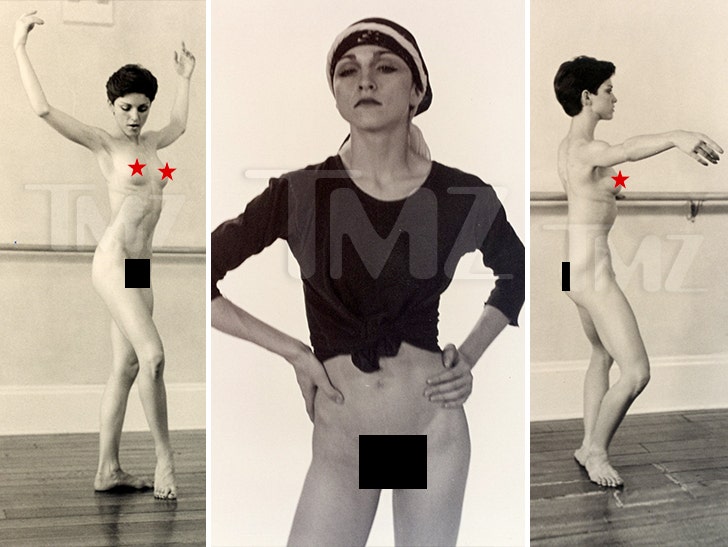 Madonna more than dropped trou in front of a camera when she was 18 years old ... she went au naturel, and TMZ has the photos that are about to hit the auction block.

Gotta Have Rock and Roll -- the same guys that had Tupac's confession letter to M -- ﻿will auction off a bunch of Madge's earliest known original nude pics with original negatives and copyrights. To be exact ... 108 images and each with an opening bid between $800 and $1,200.

The pics show Madonna at the Art World Institute of Creative Arts where photographer Cecil I. Taylor ﻿got behind the lens. Madonna met the photographer when she lived in Ann Arbor, Michigan.

There's also young M's signature -- along with Cecil's -- on the model release form she signed on May 19, 1977. It's also up for bid, and it all goes down Wednesday.

Madonna has fought tooth and nail to keep other items off the auction block, including her underwear and a letter to Tupac. 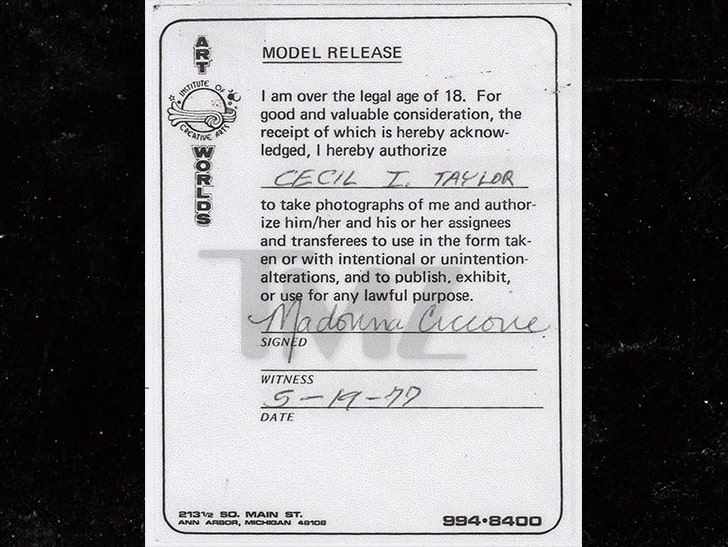 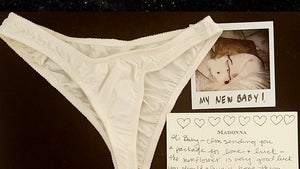