The 'Bachelorette' winner threw a huge engagement party Thursday with her fiance Bryan Abasolo, the guy she gave her final rose to on the reality show. The couple's party was held at a fancy crib overlooking the picturesque beaches off the Malibu coast.

Rachel wore a white gown while Bryan opted for the blazer-no-tie combo. This is at least the third engagement party for the couple ... first in Dallas and then in Miami.

Only this time it was a bit more formal and cameras were rolling ... so L.A. of her. 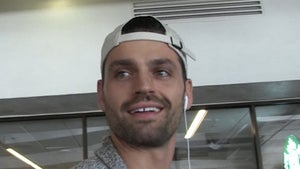 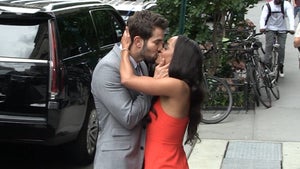 'Bachelorette' Rachel Lindsay's PDA with Fiance Bryan Abasolo, All for the Cameras